Govia Thameslink Railway (GTR), which operate services at Hitchin Station, installed the two murals – each 15 metres in length – which tell the town’s tales and detailed history from the mid-19th century. 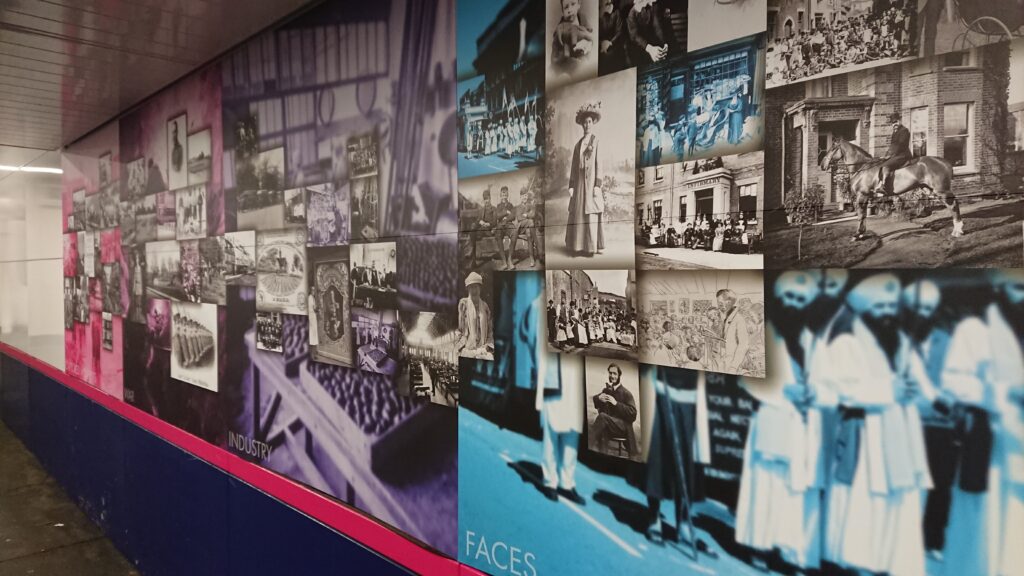 The murals were created by community and environmental charity Groundwork East, using around 200 photographs from North Herts Museum’s collection.

Becca said: “This was a lovely project to work on, as it brings to life the rich history of the town, whilst improving the station’s subway, making a better commute for all.

“It’s great to see the pieces come to life and to create a better place for the local community. Connecting people with places and bringing communities together is what Groundwork is all about, and this installation really achieves that.”

Matthew added: “We’re really pleased to have so much of our photograph collection on show, making such a difference for rail passengers. Groundwork has done a fantastic job.

“Although the pictures of unknown people are fascinating, some of my favourites are those we have a bit of background knowledge about, such as basket-maker George Day, who is shown at work in his tiny shop. Another striking photo from the Captured Moments section shows supporters of the MP Dr Hillier, gathered to cheer his 1910 election victory.

“The football pictures have an interesting back story because what’s believed to be the world’s first museum of football was founded in Hitchin  – its collection of almost 1,000 objects was donated to our museum in the 1970s.”

MP for Hitchin and Harpenden Bim Afolami visited the station on Friday (August 6) to formally unveil the mural and meet its creators, and for an update on other improvements at the station – which has been provided with new information screens and secure cycle parking.

Bim said of his visit: “It is fantastic that we are continuing to make improvements to Hitchin station – but the improvements are not complete. I am campaigning for and working on getting another entrance to the station from the northern side – which will greatly improve access and reduce traffic.”

Cllr Sam Collins, NHDC’s executive member for enterprise, the arts and transport, and councillor for Highbury, said: “The North Herts Museum team have done an amazing job of selecting some fantastic images to really show the history of our town, from lavender production to Rhythms of the World right up to the BLM protest last year, they have just captured the town.

“For me this is more than brightening up an otherwise drab underpass with some nice images to look at while you wait for a train, this is a great advert for our town. In fact I was looking at some of the pictures with GTR management and highlighted the section covering the museums football collection and Hitchin Town FC, I’m hoping that can lead to some future partnerships.”

Karen Gregson, area manager for Great Northern and Thameslink said: “On behalf of our customers and colleagues at Hitchin, I’m delighted to thank Groundwork East and North Herts Museum for bringing their brilliant idea to life with this spectacular artwork.

“It’s a really evocative expression of Hitchin’s identity that helps make the station feel part of the community we serve, and it’s the crowning glory for improvements we’ve made at the station including new information screens and secure cycle parking.” 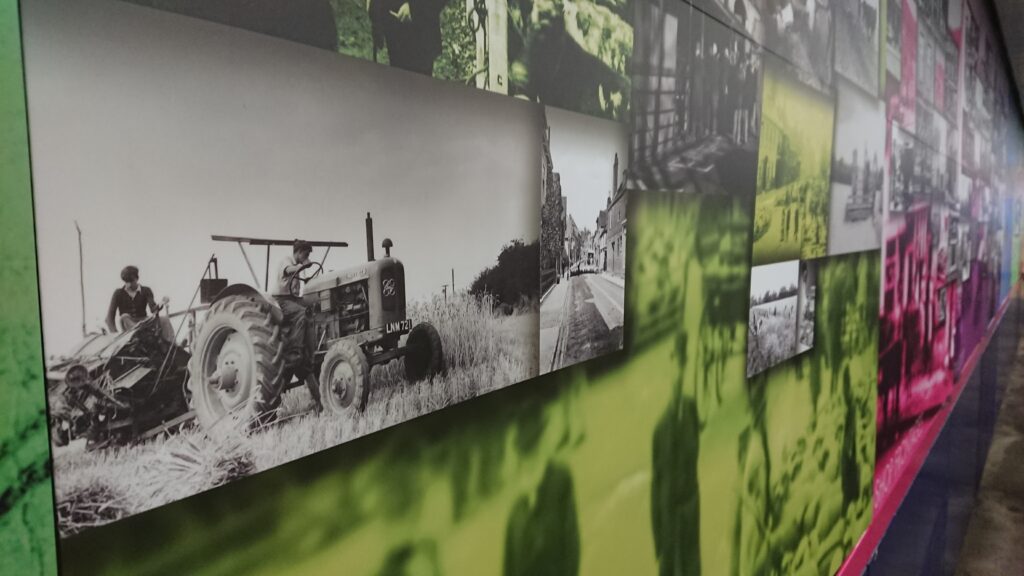 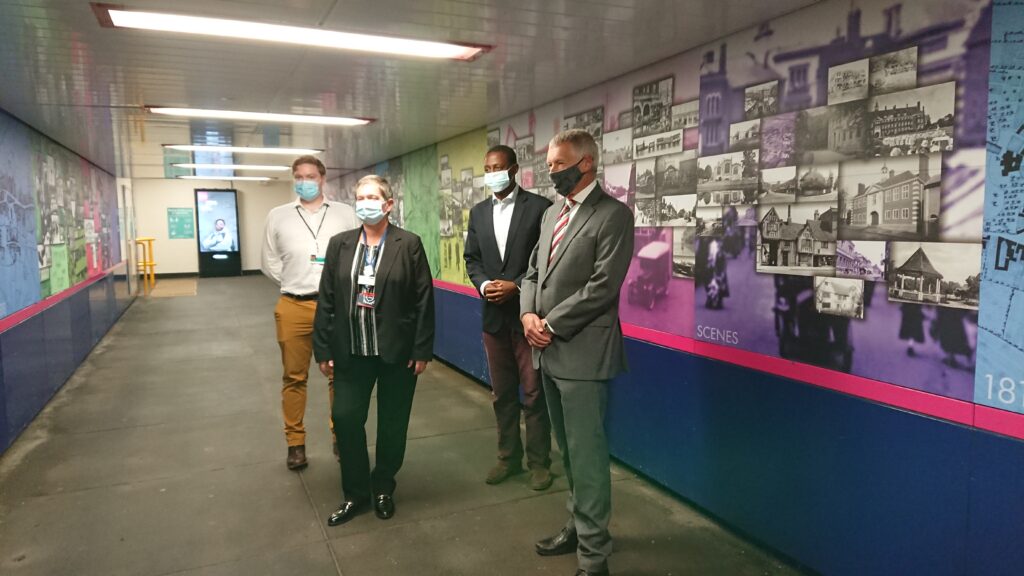 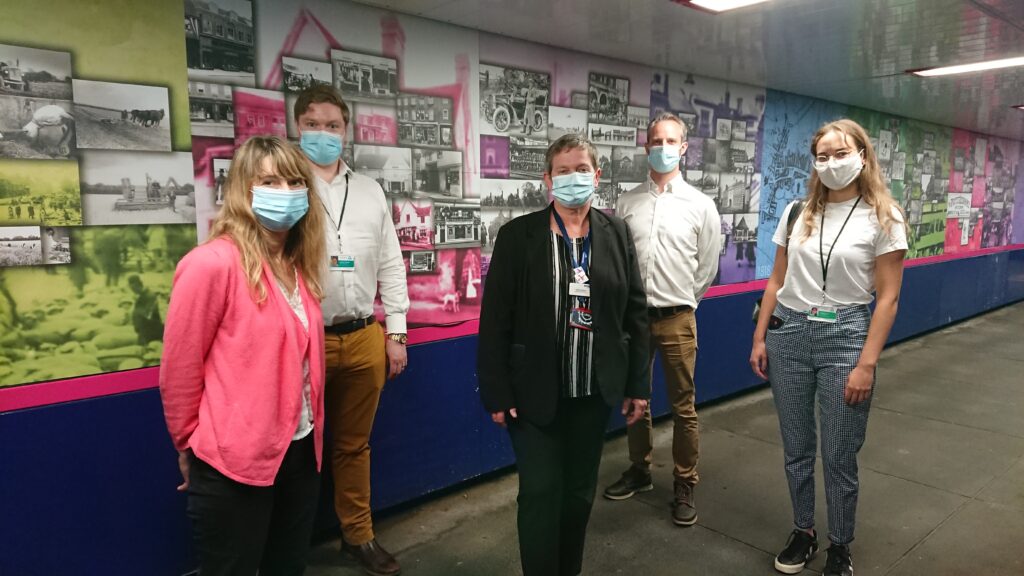