I believe that the main worry about the future of the world is climate change. The evidence of climate change is irrefutable through both statistics and basic eyesight. Carbon dioxide levels in the atmosphere are 33% higher than they have ever been in the history of the earth. The CO2 levels in the atmosphere are having a direct impact on the environment as it is trapping heat in the earth causing a global temperature rise.

As a planet, we do not really have a set-in-stone way of removing carbon dioxide from the environment. However, what we do have is a future ready to develop ways to remove it and the main focus should be making sure there is as little carbon dioxide in the air as possible ready for the removal. This would mean that we need ways of changing our current habits of pumping fossil fuels into the atmosphere and switching to renewable energy sources.

I think the average person should take it upon themselves to do what they can to reduce carbon emissions. This could be done by basic acts that everyone knows like turning appliances off at the plug when not in use and switching lightbulbs from halogen to LED. Another approach would be switching from a petrol-powered car to an electric-powered car. Electric cars as a potentially viable alternative have been a recent emergence, only really gaining traction in the past 10 years.

Ever since the emergence of electric vehicles such as the model series from Tesla, I have been keen on the economic viability of such electric cars. Electric cars, from my research, seem to be the future and the UK government as they have plans in place to ban the sale of petrol and diesel vehicles by 2030 so it seems that they also agree. Despite all of this, I have barely seen electric vehicles in the Huntingdon area and was wondering why this is.

The issue with the electric car market is that since it is so new, there are not many second-hand cars available for purchase. The UK car market is based heavily on the reselling of cars as the majority of buyers are not buying a car at the dealership. The average person’s first car is a resold car with a large mileage. This limits their options to petrol cars as the majority of electric cars are expensive, luxury cars.

I feel like there should be a much harder push on electric vehicles becoming the norm. They do not have the prevalence I feel they should have as I feel like people of any income should have the same access to electric cars as they do to petrol cars. Electric cars are the future of personal transport and need to be integrated as soon as possible as prevent carbon dioxide emissions and their impact on the world becoming irreversible. 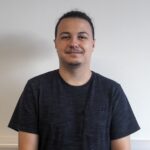