As we live in a country that is lucky enough to be part of the developed world, we find ourselves with an increasingly ageing population. With an ageing population comes the responsibility to care for those with ailing health, be that physical or mental. One of the best ways to care for anyone is to keep them active; both mentally and physically. This is good for the person themselves, and for the state’s health. 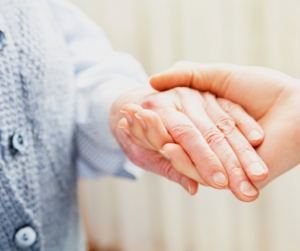 As we grow older, we become more prone to loss of sight, loss of hearing, loss of agility and loss cognition. This can, and often does, lead to social isolation, which can quickly lead to poor wellbeing. One of the best ways to keep the population healthy is to keep them active and social, which means removing barriers that might dissuade communities from going out in their neighbourhood.

In addition, as our bodies deteriorate, we also start to lose confidence. Things that used to seem simple, like crossing a busy road, taking a bus or train, become complicated.  A depletion in confidence, alongside reduced mobility, quickly shrinks an individual’s world.

These two points emphasise a strong case for why local neighbourhoods must be designed with older age in mind.

Thanks to the 1995 Disability Discrimination Act, there are plenty of common measures being implemented by architects and town planners which help people with disabilities and older people to navigate our neighbourhood streets more easily, these include;

Many of these features have tactile hazard warnings laid into the pavement to help blind or partially sighted people find them. These are typically red or yellow on colour, with small round dots raised above the flat surface so that they can be felt underfoot.  There are a range of these textured paving units each with its own message, so it is important they are used in the right way.

Despite these measures being widely used across the UK, there’s still more that can be done to create more inclusive neighbourhoods.

Applying principles obtained through the internationally recognised Dementia Services Development Centre at the University of Stirling, below are a list of topics to consider in neighbourhood design:

Hearing and eyesight loss can be aided by good quality external lighting and the use of clear fonts and strong contrasting colours (such as bright yellow on a dark blue background, or black on a white background). In terms of signage, it is suggested that signs are set lower down than would be considered normal, as we tend to bow our heads as we age as the neck muscles become weaker.

In addition, the designer needs to be aware of the users’ surroundings and how natural light and shadows form throughout the day. 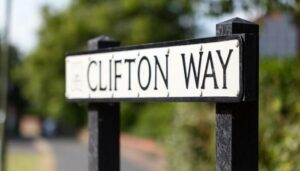 Whilst a high contrast in colours is required in most road signage, it is not always the case in other areas of inclusive neighbourhood design. For instance, it is not advised to introduce a high contrast in tone or colour in paving, as users with failing eyesight can confuse the change in tone with the shadow of a step. This can leave them confused and stationary as they try to work out where to move next.

However, in some areas a high contrast of colour or tone is required.  It is recommended that handrails to ramps and steps are coloured to stand out against the surrounding. It is not essential for handrails to be bright yellow but they should contrast with their surrounding so they can be easily seen. 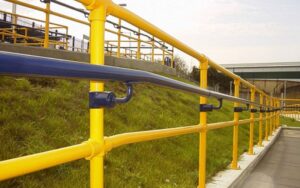 Often, as the brain slows down, older people find it easier to recall things that happened or existed earlier in a life, especially if they have lived in a neighbourhood a long time. They will inadvertently navigate using common land marks such as a local pub, the war memorial, or a distinctive tree in a well-kept garden. When designing new estates, interesting features should be kept and new landmarks created. 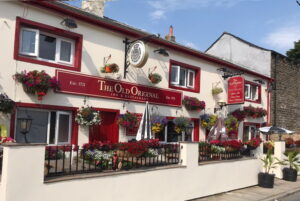 Even taking short walks can be physically testing for some older people therefore seats are required throughout to allow for rest and recuperation. Importantly, neighbourhood seating should have armrests to aid the user in sitting down and getting up. 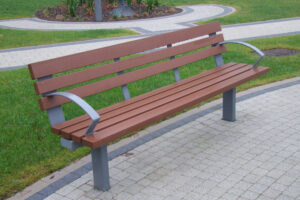