In the summer of 2021, Groundwork began supporting residents on Pitt Street in Oldham to build raised planters which would transform an unused green space into a communal food growing area.

Amreen, lives on a nearby street with her 2 children and was keen to be involved in the project.

“For myself personally, I struggle with my mental health at times and I think it’s really nice to be able to get out and do something.”

Amreen volunteered every week, helping to plant the raised beds with the Groundwork team. As a result, she learned a lot about planting and food growing.

Amreen had tried planting and growing her own vegetables in the past but found it too difficult. After attending some growing sessions and learning about what plants thrive in certain seasons, she realised that it’s not as hard as she thought. 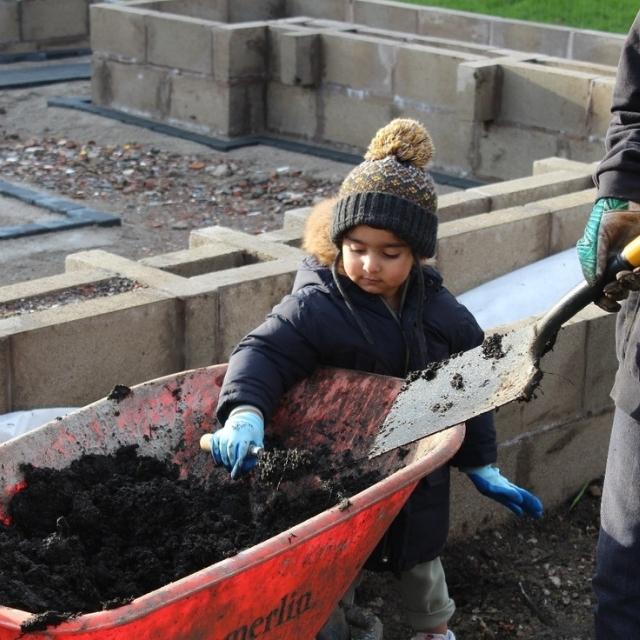