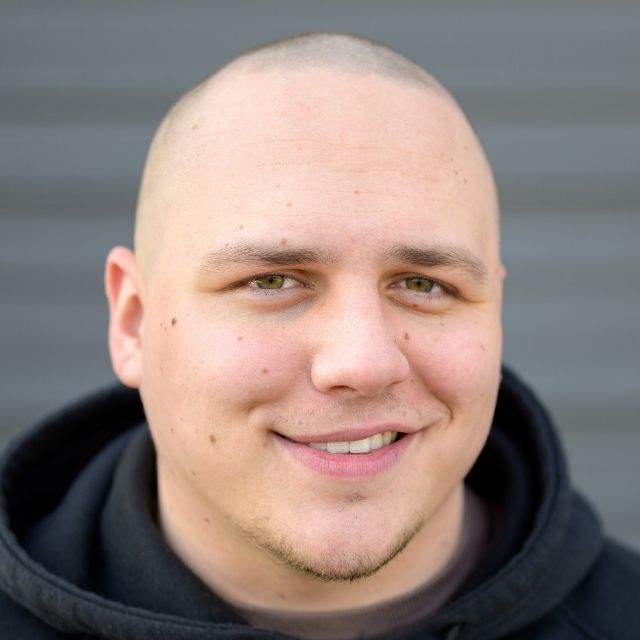 A few months ago, Jake was experiencing a challenge that many young people face today; he was unemployed and lacking in self-confidence.

He first came across Groundwork as he was interested in a Land Apprenticeship role at the Groundwork office in Rochdale but he was unsure if he would have the qualifications or confidence to get the job.

After talking to Groundwork’s Employment Coach Liz, Jake decided instead to join the Low Carbon Careers programme, which provides 3-4 weeks of classroom-based learning followed by a 2-week work placement and support into employment.

During this programme Jake discovered that he truly had a passion for the natural environment and decided that he wished to pursue a career in conservation.

On completion of the course Jake went for an interview in his chosen field however he was unsuccessful at the interview stage. This really knocked Jake’s confidence and could have set him back, however Liz continued to meet with Jake each week on a 1-2-1 basis to go over his CV, review feedback from interviews and research other jobs which he was interested in.

Just a few weeks later, Kickstart roles became available at Groundwork for Rangers and Urban Rangers – two roles which were perfect for Jake.

Liz supported him with his application and with interview preparation, rebuilding his confidence once again.

From the six people who interviewed for the role, Jake was the only one who managed to secure a role as an Urban Ranger!

The feedback from his interview was extremely positive, stating that although he was nervous (as many people are during interviews) his passion for the environment shone through. He had clearly prepared for the interview and he’d be a great addition to the team.

“Liz was such a star, she believed in me till I believed it myself. She provided consistent help during the Low Carbon Careers programme to ensure I was comfortable gaining new skills and she continued to help me find the career suitable for me. I have become a better version of myself due to this and I am very grateful for the time put in to me.”