As part of the Kikholt Million Partnership, a Big Local project putting communities at the centre of local decision making, residents decided to seek the support of Groundwork to provide training and employment to local people, who could in turn work to improve local green spaces.

A team of three were recruited in November 2019 to form the Kirkholt Estate Ranger Team. Phil, Coriena and Michael were all residents from the local area and were employed on a full time 12-month contract with Groundwork where they would be provided with training opportunities in Horticulture, Practical Countryside Skills and Construction Operations. 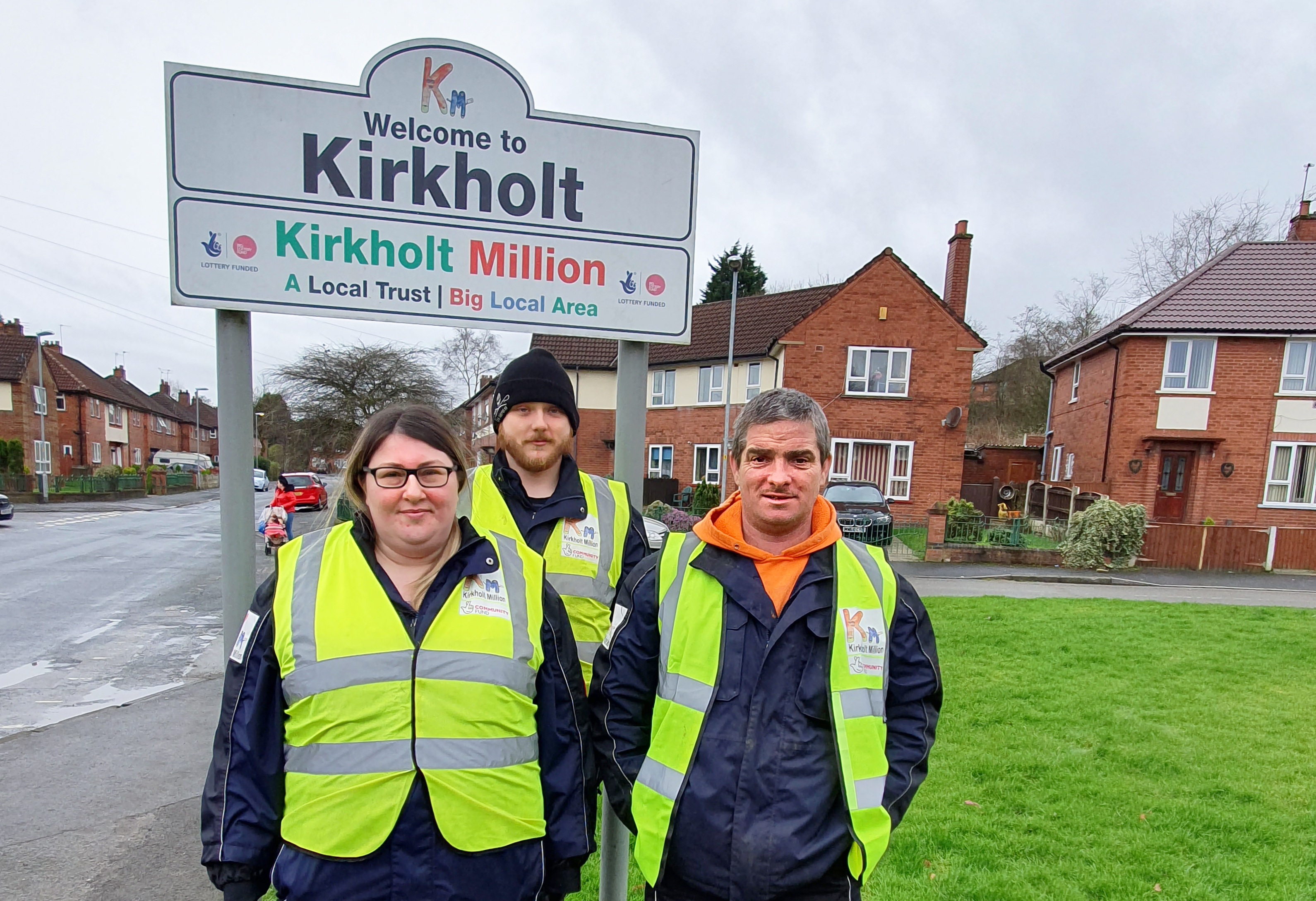 During their employment the team worked primarily on 3 sites; Rhodes Ravine, Kirkhlolt Community Church Natural Play Area and the Rose Garden. The programme was initially due to last 12 months but due to the pandemic, it was extended into a 18month programme. 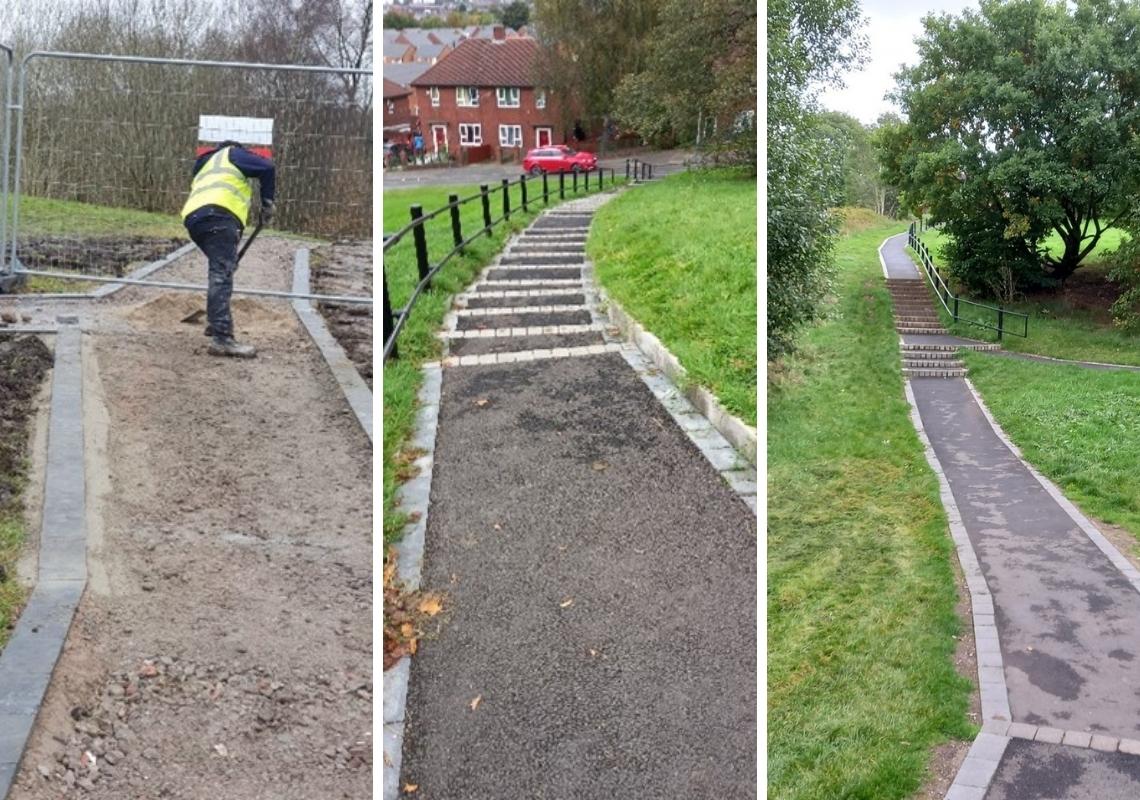 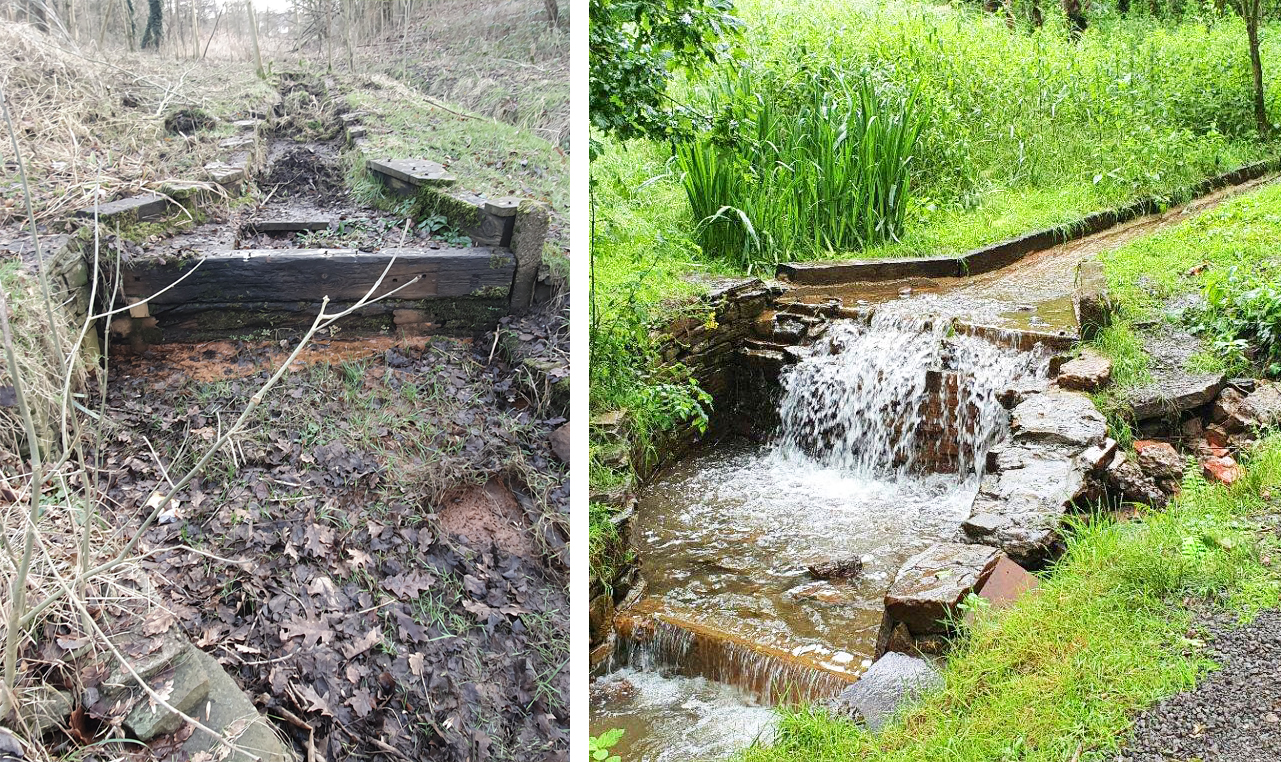 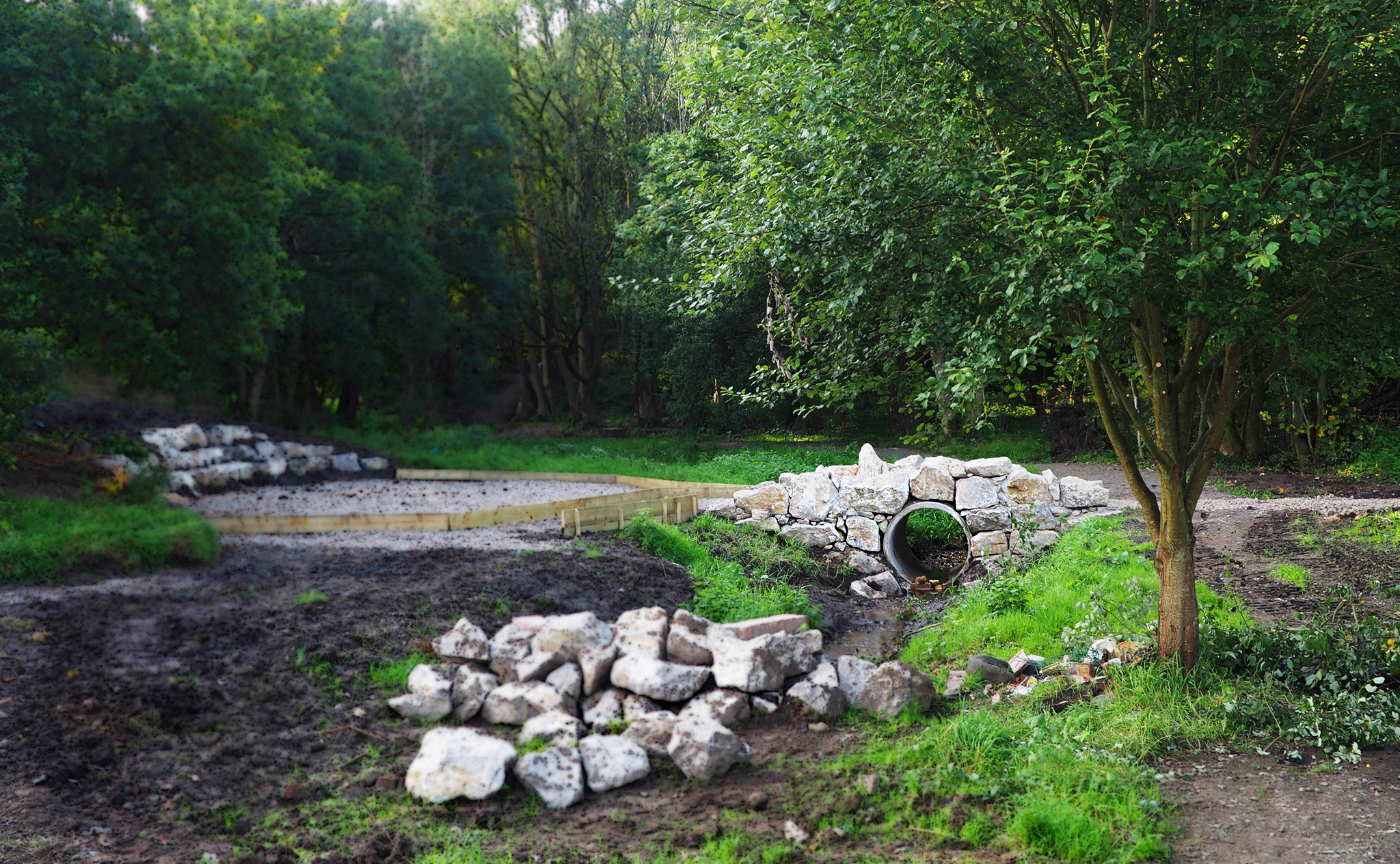 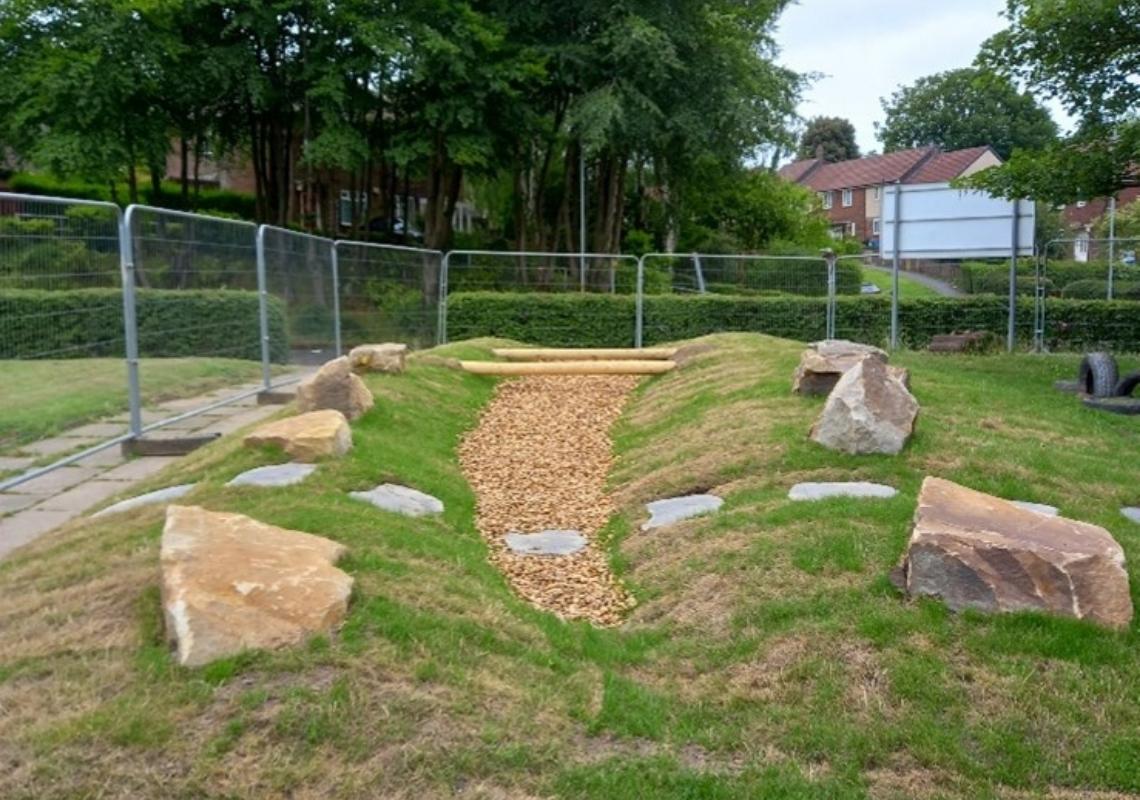 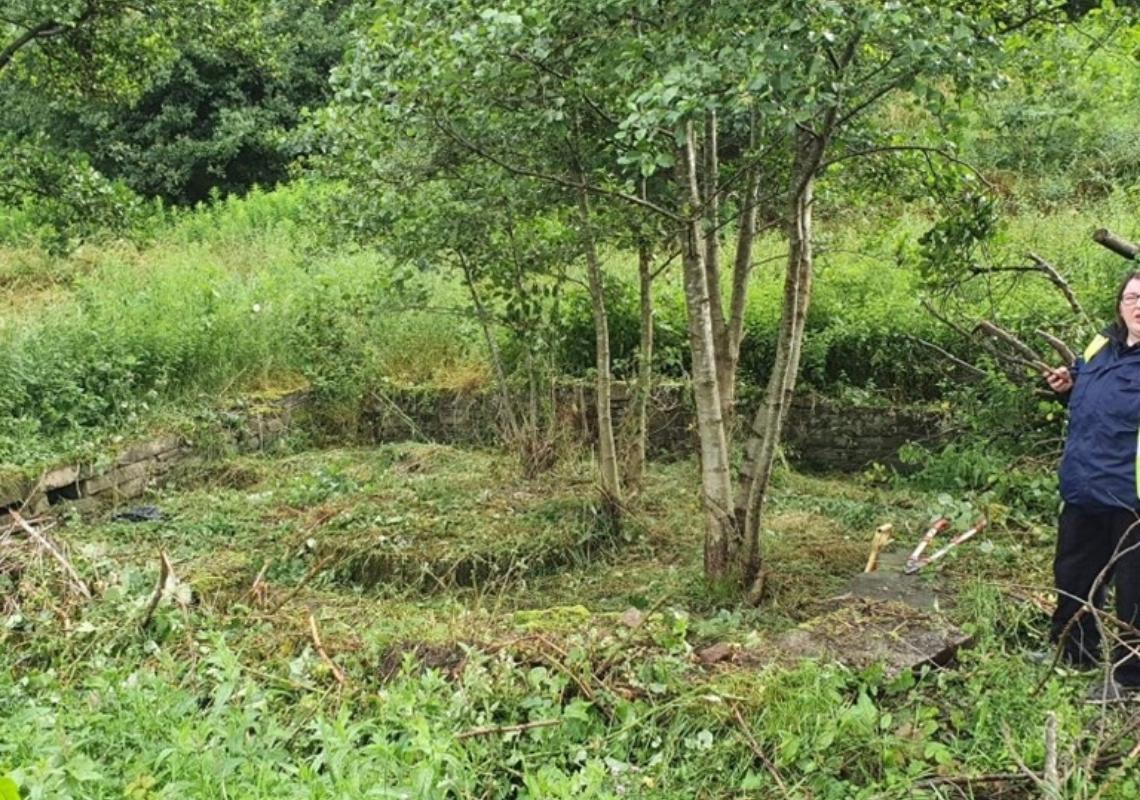 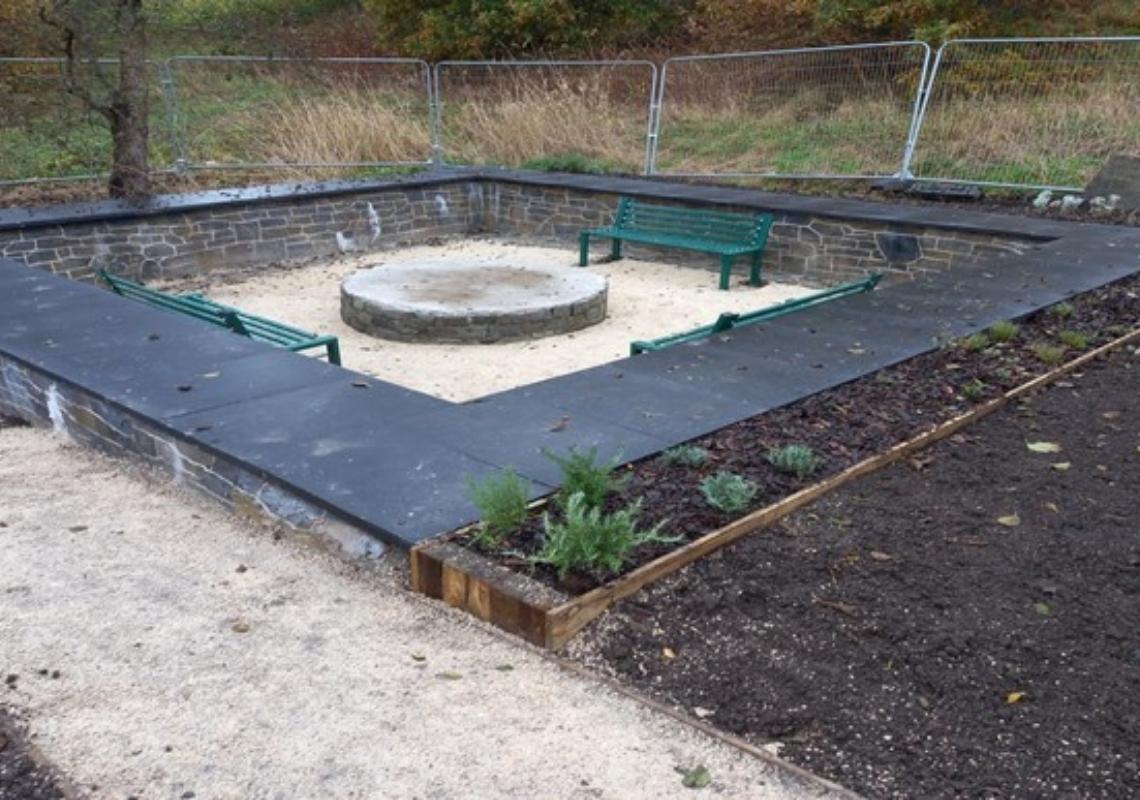 One aim of the Kirkholt Rhodes Ravine project was to ensure every person within the community, ability aside, could access to it on a daily basis. The team connected open spaces in the area to an existing park, allowing an expanded circuit for walkers and complimented by a crushed stone path that unlocked a truly attractive part of the ravine.

“The Ravine had become an eyesore and a tip which 40 years ago, the community used to enjoy. In 2014 the Partnership began planning to remedy that. Moving forward to today, as you can see in the photographs, Kirkholt Million have, through employing local people and working alongside Groundwork Greater Manchester, transformed it into a place the whole community can use and be proud of.”

The green space improvements are a dramatic improvement which are valued by the local community; the Kirkholt Millions Facebook page speaks volumes for the newly transformed green-space, something local residents had spent years calling out for.

In addition, in 2021, just a year into the programme, Rhodes Ravine was put forward for assessment to the North West in Bloom ‘In your neighbourhood category’ – the judging panel awarded it a level 4 ‘Thriving’ award.

As well as on-the-job training, the Estate Rangers team obtained the following qualifications during their employment with Groundwork:

Following the programme, Phil was offered and accepted a permanent Supervisor role at Groundwork, one Ranger reverted back to a previous career route and is now employed in a childcare role and the final Estate Ranger gained employment at a local park.

“Before gaining this opportunity I was stressed, tired, and basically a fed up delivery driver. Then the chance to gain my new role on the housing estate where I live gave me the opportunity to do something I enjoy and could be proud of; reviving a disused woodland. Before the project started, I don’t recall many people walking through the woodland due to it being more or less inaccessible. But one year later, we have many people from different backgrounds travelling through – some just for a walk, others to revive old memories from their childhood.”