According to the World Health Organisation, air pollution is the single biggest environmental risk to human health. In the UK, poor air quality equates to 40,000 + early deaths every year, with the young and old in society being the most vulnerable.

Children are particularly vulnerable as their lungs are still developing.  They also breathe a higher proportion of air than adults and the air they breathe is closer to the sources of emissions such as car exhausts.

Air pollution can trigger or worsen respiratory conditions such as asthma and has been linked to cancer, stroke and heart disease, obesity and even dementia.

Unfortunately, idling cars at school drop offs and speed bumps outside the school gates are only exacerbating the situation creating spikes in pollution levels through braking and acceleration.

The government drive towards phasing out all new diesel and petrol cars by 2030 will not remove the problem completely because 20% of all airborne pollution is created by brake dust and worn rubber tyre particles, so this problem will still exist with all electric cars.

The Mayor of London in 2019 commissioned a study ‘’Using GI to protect people from air pollution’’ It concluded that green barriers reduced airborne pollution downwind by 50% for 3 x H(the height of the barrier) -3m. It also showed that trees can worsen pedestrian level pollution by reducing airflow and dispersion of vehicle pollutants in a street canyon type setting, so it is very much right tree, right place.

We agree that nature-based solutions can have a major impact on addressing this issue.  Our landscape architects are at the forefront of innovative pilot projects that work with nature to help protect school children in vulnerable playground environments alongside busy, polluted roads.

We are trialling a series of ground-breaking evergreen barrier across a number of schools across the country that helps disperse pollutants away from playgrounds by carefully locating the barrier with specifically modelled species.

In Greater Manchester we are piloting trails on five of the most polluted primary schools in Manchester testing the use of hedges with different species mix, density, height and leaf shape to find the most effective solution.

Commissioned to monitor pollution levels before and after installation Professor Barbara Maher at Lancaster University said, “This project has the potential to deliver some of the most ground-breaking and important evidence delivered to date in recognising the importance and value that green infrastructure can play in terms of reducing airborne pollution. It could, quite literally, be a life saver for the children of Manchester and this country’.”

In Yorkshire we are installing a similar green barrier around eight primary schools and nurseries in inner city Bradford as part of the Lottery funded ‘Better Place Bradford’ programme.   Meanwhile, we have also developed an Air Quality Green Infrastructure Toolkit for London schools and are currently working with Balfour Beatty to create the ‘Breathe Easy’ project for Interventions for three primary schools in Leeds, Manchester and Edinburgh.

It is very exciting as a landscape architect to be able to help save lives and raise awareness which creates behaviour change and makes a real difference to the invisible health risk that is air pollution.

The air monitor (fenced) and the line of trees being planted 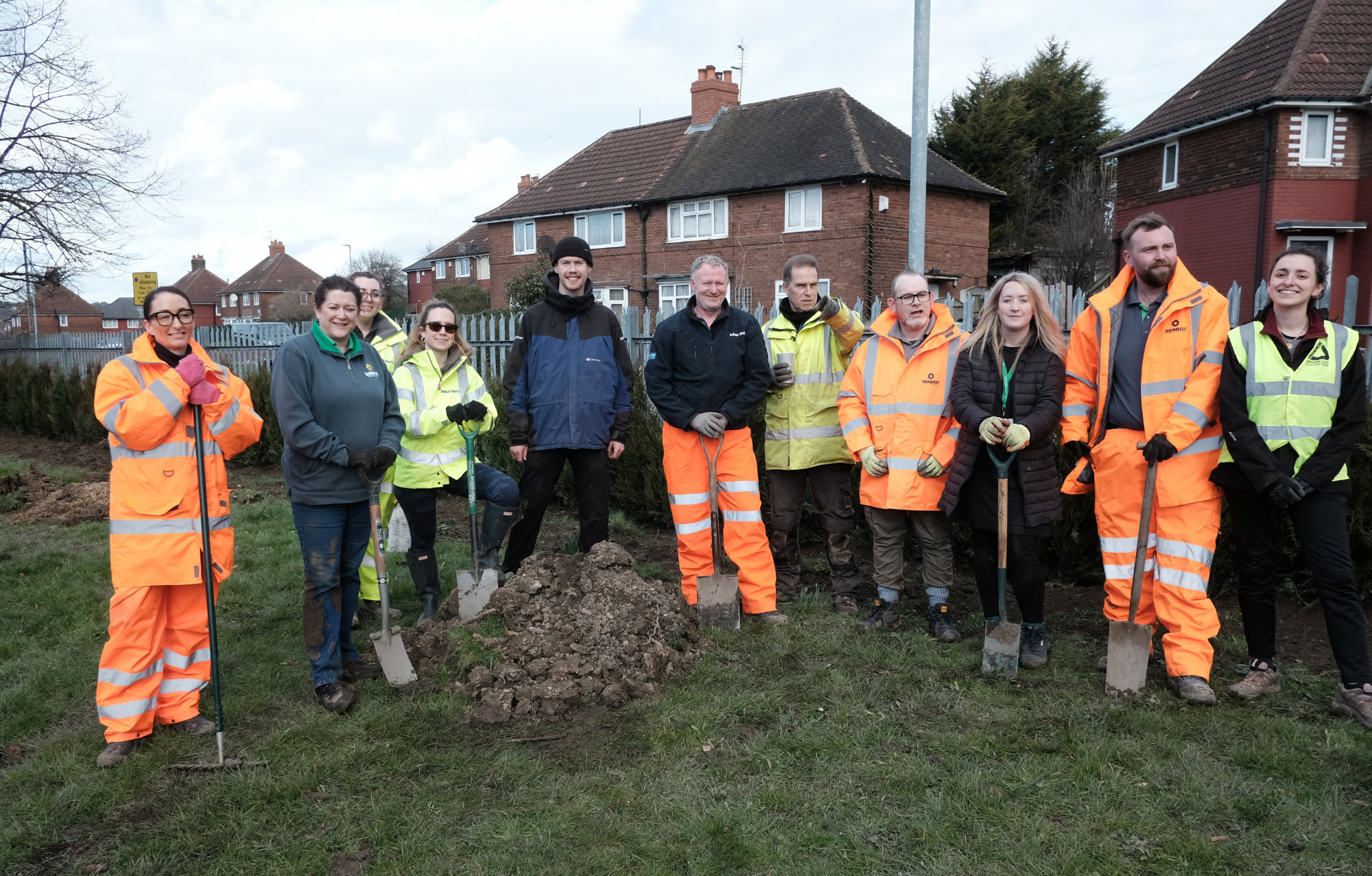 Courtesy of Sunbelt Rentals we have also installed air quality monitors to measure the before and after effects of these GI interventions.

” It has been a fantastic effort by Balfour Beatty and Sunbelt Rentals to make this project happen and we hope when the results are published, it will be the first of many projects rolled out around school playgrounds throughout the country”. 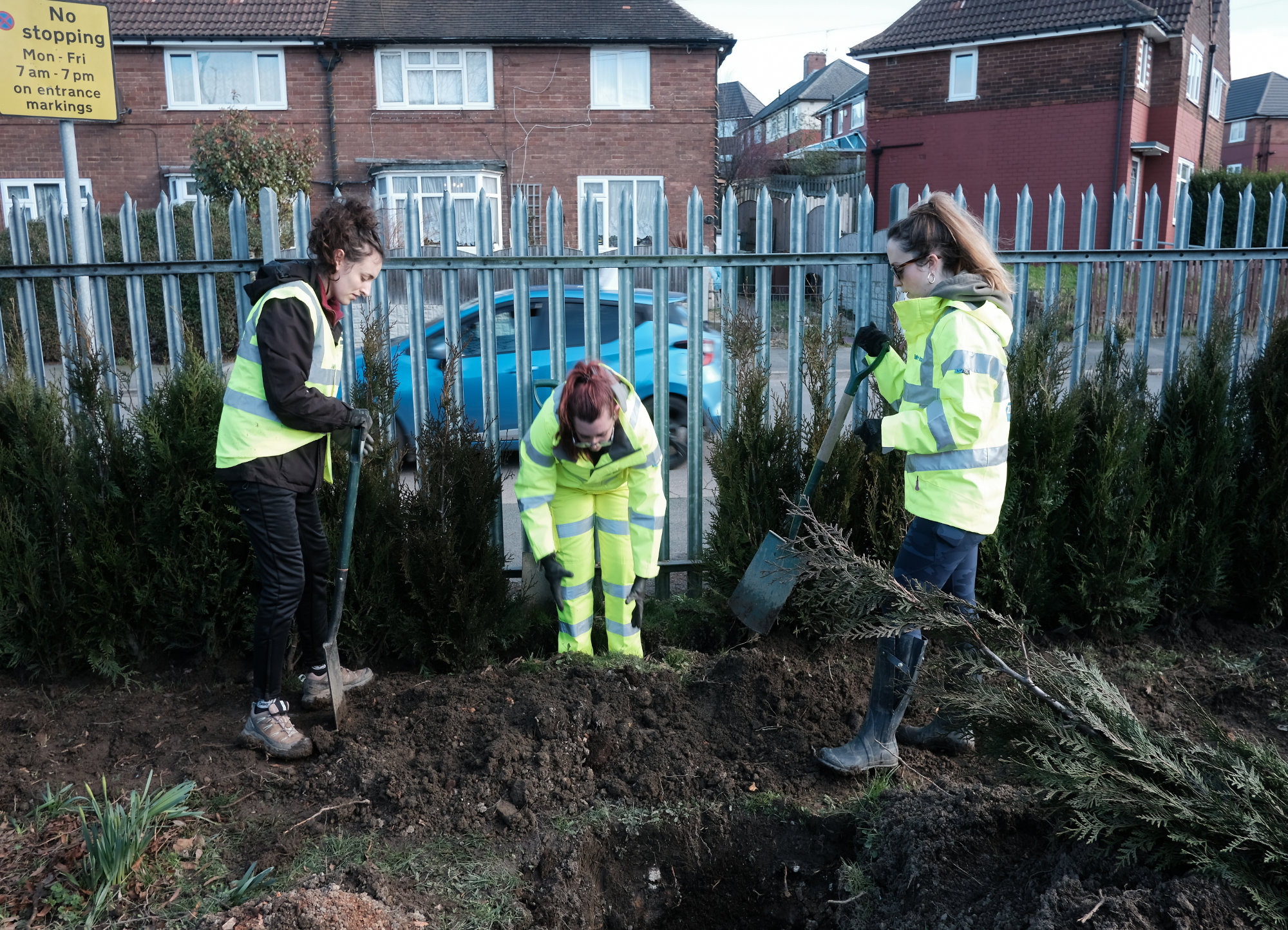 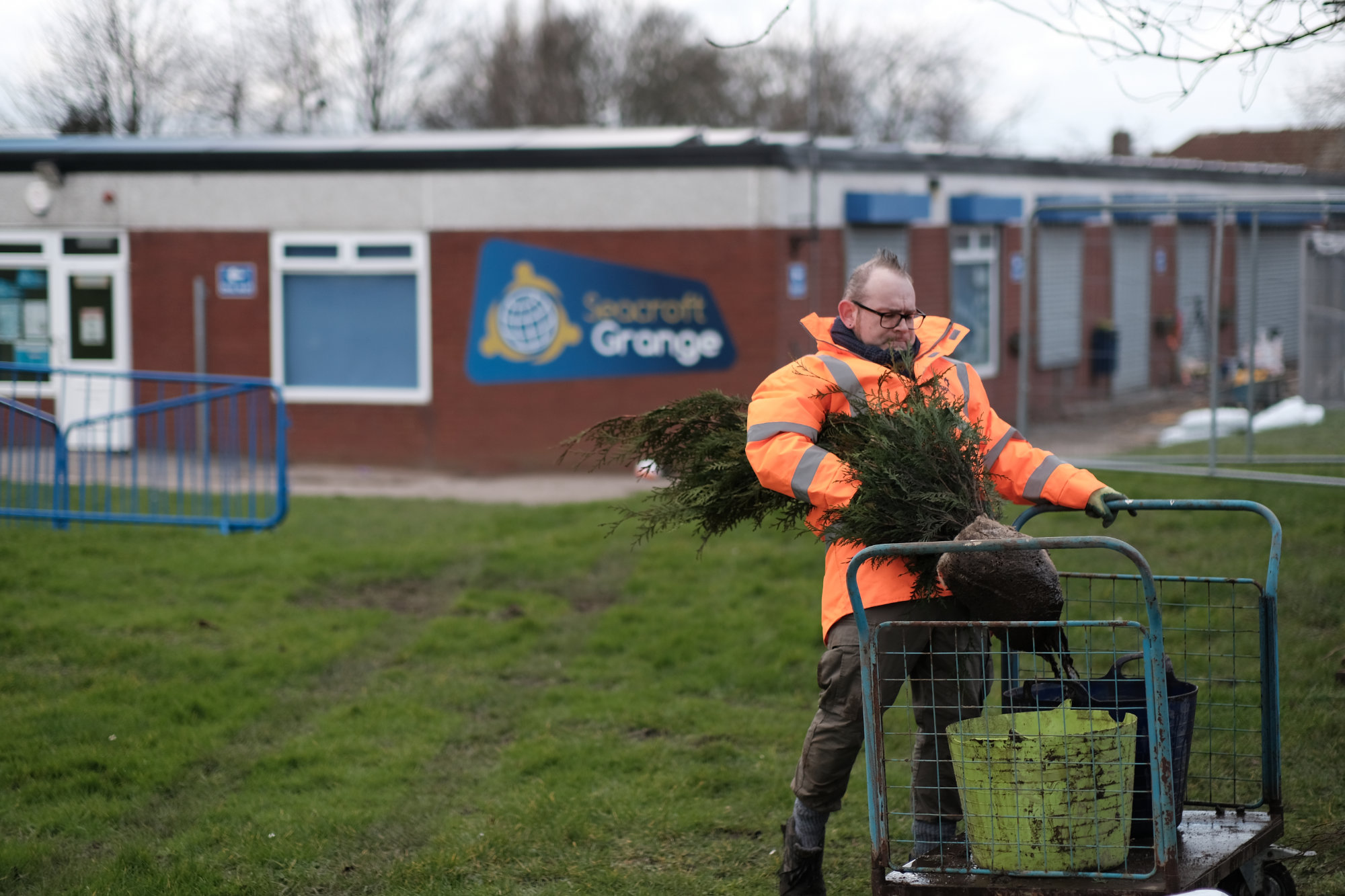 Watering the roots prior to planting 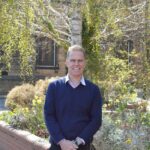