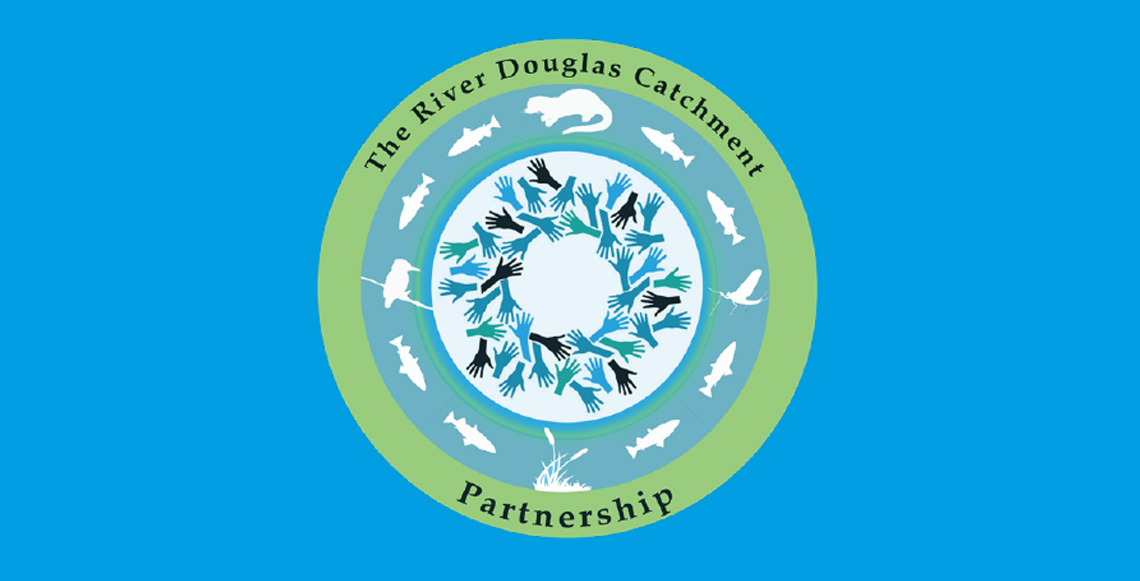 The River Douglas flows from Winter Hill, high on the West Pennine moors, through rural landscapes and urban sprawl until it meets the Ribble Estuary. From here, water from the catchment
flows north and has the potential to impact the bathing waters of the Fylde Coast.

The catchment area also contains many other significant local watercourses such as the River Lostock, River Yarrow, Carr Brook, Wymott Brook, River Tawd, the Leeds & Liverpool Canal, Wigan
Flashes and Hesketh Marshes. In terms of urban conurbations Wigan is the most significant centre of population within this River Catchment. In total there are fifteen river bodies and nine lakes
(reservoirs) listed under the Water Framework Directive within the Douglas Catchment.

Over 800,000 people live within the catchment area which is a vitally important water system covering 400km2. Water quality varies within the catchment, from good on stretches of the River Yarrow to bad in places such as Poolstock Brook and Tara Carr Gutter. The catchment faces many pressures. According to the Environment Agency the most significant sources of pressure are from urban and transport, the water industry and agricultural and rural land management sectors.

The most significant reason for failure is physical modifications – the River Douglas catchment has been particularly ill-served by man’s intervention in the forms of culverts, weirs and artificial
banking. The priority issues to tackle in this catchment are physical modifications, pollution from rural areas and pollution from urban sources, including wastewater. Promoting community
cohesion and empowering local people to take ownership of their environment is also very important to the partnership.

Our Vision and Objectives for the Douglas Catchment

All water bodies of the River Douglas catchment will be clean and healthy, supporting measurably diverse wildlife, valued by people and enabling sustainable economic growth.

This Plan is about action. Action to improve our rivers, and action to raise awareness and educate people about the importance of rivers. The partnership has identified and collectively agreed the
following 5 core Objectives:

1: Developing a robust Evidence Base:
We will collectively decide where and what the issues are based on the evidence available. This will enable us to identify, prioritise and address the needs of the Catchment. We will all commit to
making available to this Catchment Partnership data, maps and evidence which help us to identify and deliver on the following objectives.

2: Improving Water Quality:
In line with the priorities of the Water Framework Directive to prevent the deterioration of waterbodies, move them significantly towards good ecological status and reduce point source and
urban/rural diffuse pollution. Take action towards meeting EU Water Framework Directive by 2027 and other regulatory drivers, including the revised Bathing Water Directive.

3: Managing Water Quantity:
Protect the people and wildlife that depend on the river from the influences of climate change, both floods and droughts. As a Catchment Partnership we will integrate water quality management, habitat improvements plus flood risk management and consider them together when developing spatial plans.

4: Engaging with Business and Communities:
Manage the river from source to sea to maximise the benefits that it bring to our economy and communities. In connecting people with their natural environment we have a priority focus on
education, improving health and wellbeing, supporting communities at risk from flooding and engaging local business to use and manage water in line with Environment Agency legislation. It has
always been a core priority of this Catchment Partnership to raise awareness and encourage people of all ages to engage with and value their local waterways through volunteer initiatives, awareness raising campaigns and targeted publicity.

5: Enhancing and promoting the Natural Aspects of the Catchment:
Protecting species and habitats, improving biodiversity, controlling the spread of Invasive Non-Native Species (INNS) with a priority focus on sustainably improving the structure and lateral
connectivity of wildlife habitats in ways that can be managed effectively into the future.

The catchment area isn’t just made up of the River Douglas – it contains many local watercourses such as the River Lostock, River Yarrow, Carr Brook, Wynott Brook, River Tawd, the Leeds & Liverpool Canal, Wigan Flashes and Hesketh Marshes. Wigan is the most significant centre of population.

In total there are twenty river bodies and six lakes. Over 800,000 people live within the catchment area which is a vitally important water system covering 400km2.

The history
In medieval times our river catchment was clean and fast flowing, ideal for corn mills. This all changed in the industrial revolution, when mining had a dramatic impact on water quality. Orange coloured drainage water discharged into the river, with one stream known locally as the ‘Yellow Brook’

Demand for the movement of coal increased, leading to the River Douglas being made navigable for cargo through the construction of locks, dams, and the straightening and widening of the river. Later this was made obsolete by the Leeds & Liverpool canal, but man’s interference with the river’s flow remains. The River Douglas is still a navigable river below Tarleton and forms an important part of the national waterways network, linking the Leeds & Liverpool Canal with the Ribble and on to the Lancaster Canal.

Water quality today
Water quality varies within the catchment, from good on stretches of the River Yarrow to bad in places such as Poolstock Brook and Tara Carr Gutter.

The catchment faces many pressures from rural and urban pollution. According to the Environment Agency over 40% of waterbodies feature one of the issues shown in the box to the right as a reason for failure.

By far the biggest reason for failure is physical modifications – the River Douglas catchment has been particularly ill-served by man’s intervention in the forms of culverts, weirs and artificial banking etc.

Some aspects of water quality are improving though, with investment in infrastructure taking place. United Utilities have made signifiant progress during their 3.5bn five year Asset Management Plan, with work at wastewater treatment plants at Horwich and Hoscar impacting positively on local water quality. A £10m sewer improvement project currently taking place in Wigan aims to reduce storm overflows of wastewater into the River Douglas.

The partnership has developed a joint action plan to deliver improvements to water quality in the catchment. 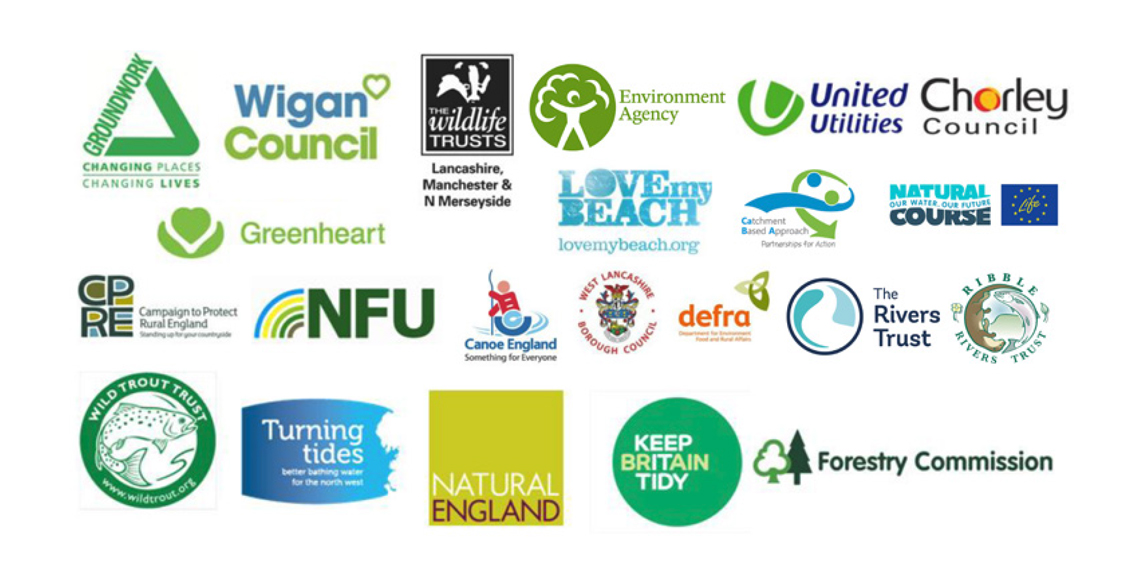 To hear about news and updates relating to the River  Douglas Catchment Partnership please: