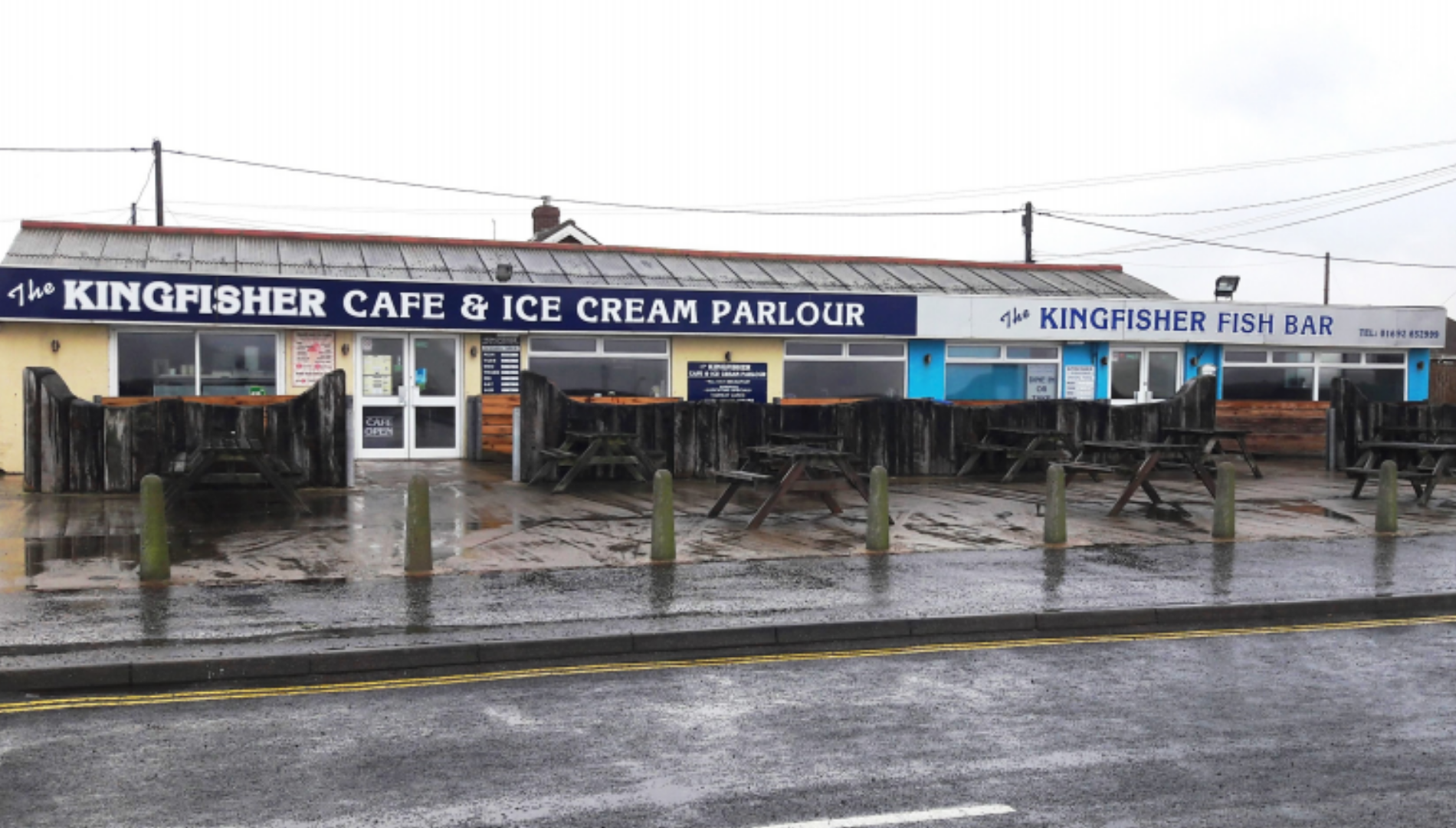 The Kingfisher Café was at high risk from flooding during storm surges and high tides, so they asked Groundwork’s advisors to help them to be more resilient in times of extreme weather.

Why was the business at risk?

The cafe is exposed to damaging surface water caused by flooding when waves break over the sea wall during storm surges and high tides. The premises experienced severe flooding in 2013 when breaking waves washed away part of the frontage and flood water entered the building.

What measures were already in place?

The owners had already taken various proactive measures to protect against future damage including breakwaters mounted in front of the premises to de- energise the flowing water. The building has not been made water proof as it is not structurally able to take the pressure so the interior has been prepared to allow flooding to enter while making cleaning up quicker and easier; the walls are tanked, the electrics are installed high on the walls and electrical equipment such as fridges and freezers have been specifically sourced with electrical components on top of each unit.

An on-site business resilience review was carried out at the sea front café and restaurant using the structure of the project’s Business Efficient Resilience Tool (BERT). The ways in which the company could improve its level of resilience to severe weather and other events were discussed in detail and explored.

What was identified during the review?

The Kingfisher Café’s premises have been identified as being at a high risk of flooding from rivers and the sea.

During high tides and storm surges the waves break over the sea wall and flood across the road and impact on the building.

What needed to be implemented?

The business had already implemented 81% of the actions detailed on BERT, however, BERT has identified 19% of actions as priorities and Groundwork worked with the business regarding how to implement these.

What actions were taken as a result of the review?

As a result of the BERT review several additional flood prevention and mitigation measures were installed, strict plans for the disconnection of the utilities were drawn up and all the plans were communicated to staff.

What further actions were planned?

The new flood prevention measures provide an improved level of security from ingress of contaminated water and the improved communication of the flood preparation plans meant that when the flood warnings were received in January 2017 all the staff knew what was expected of them and the preparations ran very smoothly.

“The Kingfisher Cafe is in a very vulnerable position on the coast, we have been flooded twice in recent years. Although we had our own plans in place, we found the help we had from Groundwork extremely useful and have refined our own plans to include the advice we received from Rex. We managed to stay completely dry during the recent storm surge.”