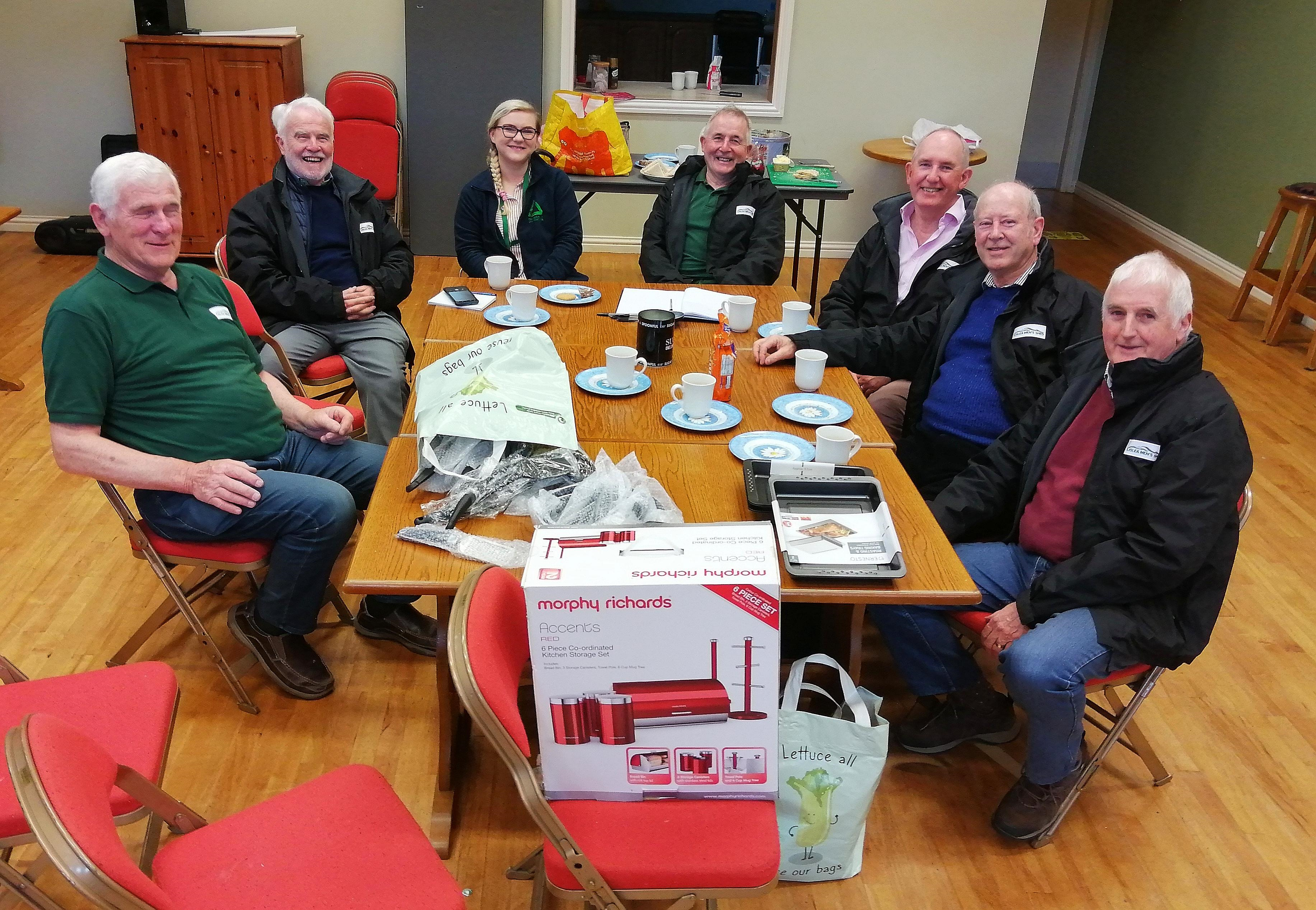 How long have you been a member of the Men’s Shed?

What made you want to join?

Most of my life over the last 10 years was spent in the house as I had a road traffic accident and after that, I was diagnosed with a brain tumour. I was so bored and frustrated and I knew there was something more to life. So, I went out to the local library to find out what was available for me. They mentioned the Men Shed, so I thought I would give it a try.

It’s not only me it has had an impact on but my wife as well and her family. I’m better to get on with and I’m able to communicate more with people.

How has being a Men Shed member had an impact on you?

It’s not only me it has had an impact on but my wife as well and her family. I’m better to get on with and I’m able to communicate more with people. Before I was in my own little shell but now, I mix a lot with people in the Shed from different backgrounds and I find it’s better for me and it’s better for them as well. It’s had a wider impact definitely.

Sheds are something that should have been done years ago. It’s better for the community as well as we give back to the community, so it’s a win-win situation. There is a ripple effect, everyone involved is happy about it.

Have you noticed an impact on the other members?

Oh definitely. We have had people with a lot of mental health issues but if they can come in and make a cup of tea and do something to mix, mixing is the most important thing. If they have a buddy or a person they can talk to, there is a hell of a lot of difference in them. We don’t know people’s backgrounds or conditions due to GDPR but oftentimes they tell us and are open about it.

It means they can talk about it and relate to others who may have similar problems.

Have you any favourite activities in the Shed?

We just took part in a walking activity, and I like things like that, and we go to a lot of health fairs. We also do things like Tai Chi and anything we can get our hands on!

Do you think you would have taken part in these kind of activities if not for the Men Shed?

No, I definitely wouldn’t have bothered. I would have just vegetated and watched the same programmes on the TV and been in my own shell and that would have been it.

What would you say to someone considering joining a Shed?

You aren’t going to lose anything by joining. All Sheds are different. A lot of them seem to focus on woodwork and art but you can go in and have a cup of tea, have a yarn with people.

How has it been in the Shed now that you are able to open it again after the various lockdowns?

We were very glad to get back – all of us! The men were so pleased to come back even with some restrictions and risks. It was a long 2 years especially in your own environment and that’s why we joined the Shed, to get out of our own environment, to mix.

Now we are getting back to some sort of stability, depending on the health of the members, but it is working. It’s a relief not having to go to the doctors every 5 seconds for some ailment. It does work all the way around. Sheds should be on prescription. Laughing is the best thing, we do a lot of laughing in the Shed and keep each other going in a friendly way, have the banter.

I wouldn’t have mixed so much for people if not for the Shed and I am mixing with all different sorts of people from different educational backgrounds, those with different mental illnesses and health problems.

You go there to make your life better, but you actually end up making other people’s lives better.

Most of the time I was isolated. Over the last ten years I’ve been ill so before that I would’ve been straight to the pub, and I knew everyone there. There is not issue if you don’t know someone in the Shed, we are all from different backgrounds, but we all seem to mix. We don’t get rid of what we believe in (religious or political) but we put it to one side and get on with our lives.

I wish I’d known about the Shed sooner, but it seemed to come at the right time to perk me up and perk my wife up as well and everyone else close to me. The members have different outlooks on life and we aren’t there to change that, but we are trying to get people to mix together more, irrespective of their outlook and it does work.