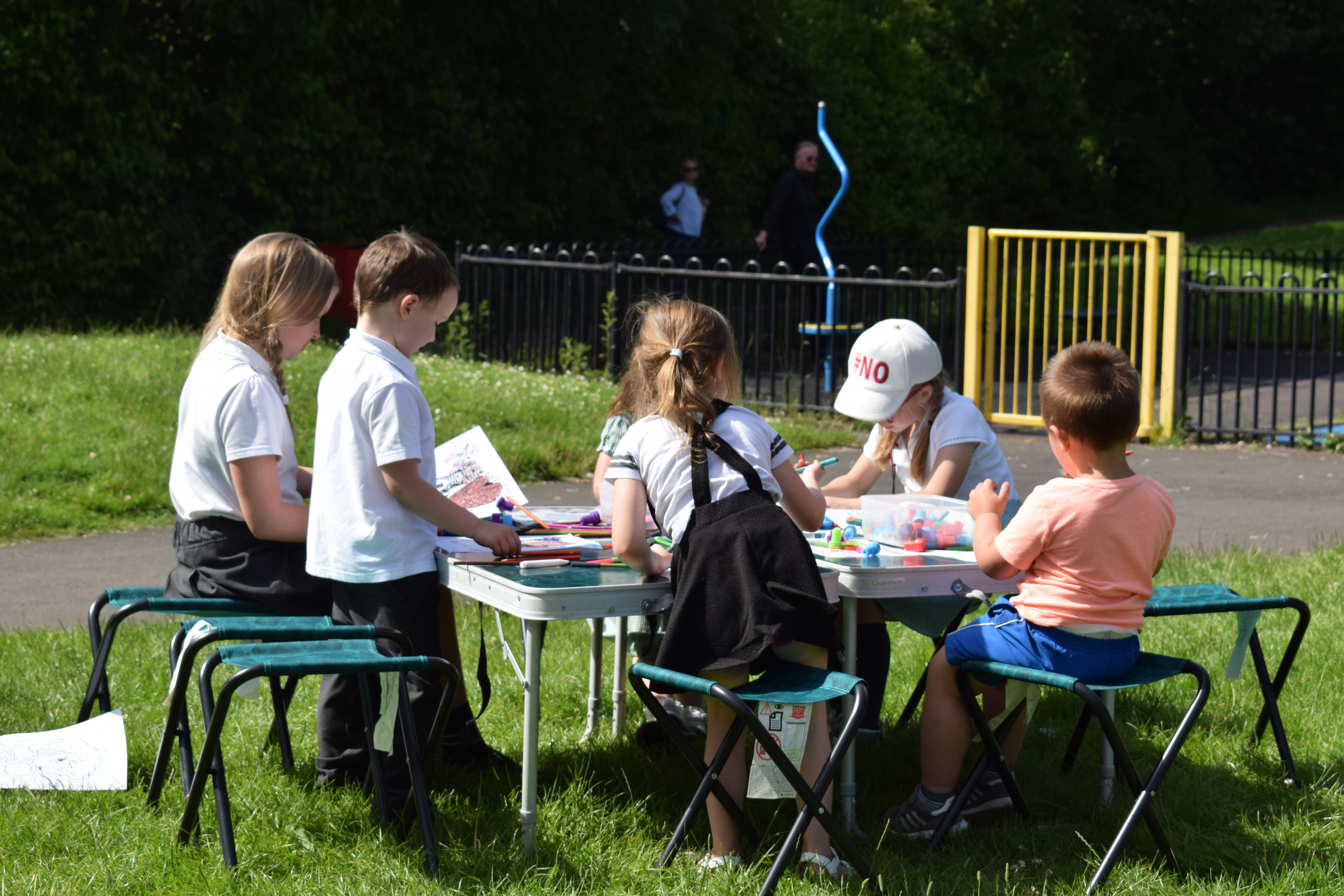 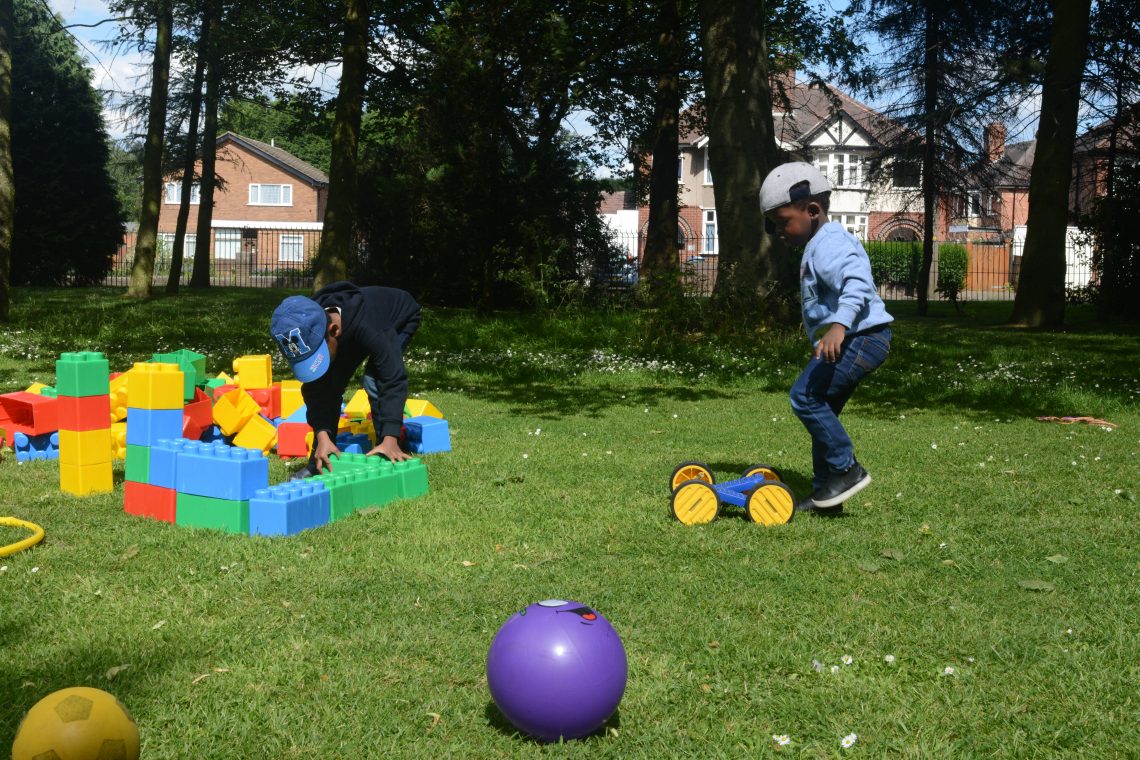 The Let’s Play team at Groundwork West Midlands has been delivering exciting, fun and adventurous play activities to children in Oldbury, Tipton and Wednesbury since April 2017. Let’s Play is aimed at children aged 6-12 years old (up to 16 with additional needs). All sessions are free to access, open to all and take place after-school and throughout school holidays.

Let’s Play is funded by Sandwell Metropolitan Borough Council and is part of their Go Play partnership.

Let’s play includes a range of activities such as, creative, nature based, team games, exploring and independence development.

We have had nearly 10000 participants since the programme began. 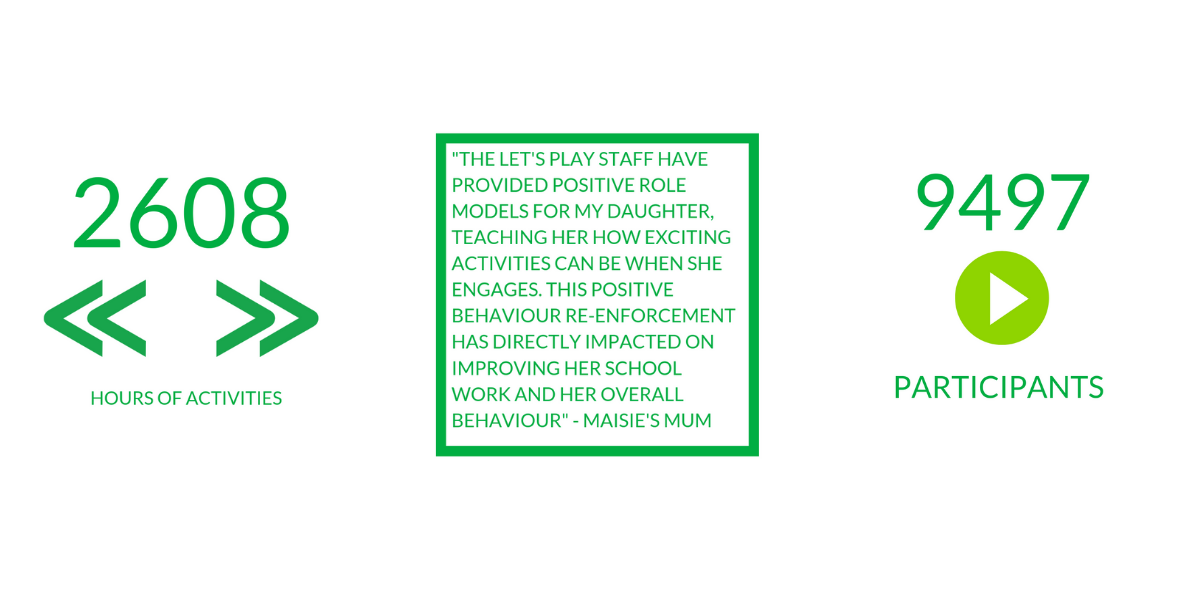 When Maisie first attended Let’s Play she was shy and withdrawn and due to this didn’t want to attend. However, after chatting with the staff Maisie returned a few weeks later. During her time attending these sessions she has slowly built up her confidence to the team and other young participants. Her favourite activities including craft and games.

Maisie’s social skills have improved enormously and her mother could not thank the staff enough for the improvement made.  This has resulted in Maisie socialising more in school, thus establishing a group of friends, taking part in school activities and asking her teacher for help when struggling.

Hear it from the kids…

‘I think Lets Play is awesome. There are loads of cool activities and we never stop having fun.’

‘I enjoy everything here. I like the big soccer goals. If I wasn’t here I’d be playing Xbox in my room.’

For more information about the project visit the Let’s Play Sandwell Facebook Page or email westmids@groundwork.org.uk.