As far back as he can remember, Chris (name changed to protect identity) suffered with depression.  He was getting involved with the wrong people, had lost contact with his children, was battling an addiction with drugs and struggling to cope with his emotions.  He couldn’t see a way out, he even attempted suicide.

He knew he needed to change but didn’t know where to find help and support.

Chris first found out about Groundwork through the Prince’s Trust Team programme, which helps young people build their confidence and progress into employment or further training. This was the first step which helped Chris turn his life around and get onto the right path.

The Princes Trust Programme supports young people, aged 16 to 25, who are not currently employed or in full-time education. Over 12 action-packed weeks, Chris took part in a number of exciting challenges that pushed his limits, meeting new people and gaining new skills that changed the way he looked at his future. For Chris, this was just the beginning. His experience gained through the Princes trust built his CV and opened new doors to employment in the next chapter of his life.

Graduating from the Prince’s Trust course in  2019, Chris volunteered with Groundwork Greater Manchester for a short time, developing his skills further and meeting industry professionals. Colleagues were really impressed with Chris, who was showing all the signs of being a great future employee. Eventually, an opportunity arrived which he knew he had to take.
Chris secured a paid role as a Land Apprentice on board the ‘Green Team’ in January 2020. A scheme delivered through a Groundwork and Rochdale Boroughwide Housing partnership.
Since then he’s overcome his addiction and seen his depression improve as well. An achievement he feels he couldn’t have reached this without the support of Groundwork and Rochdale Boroughwide Housing. 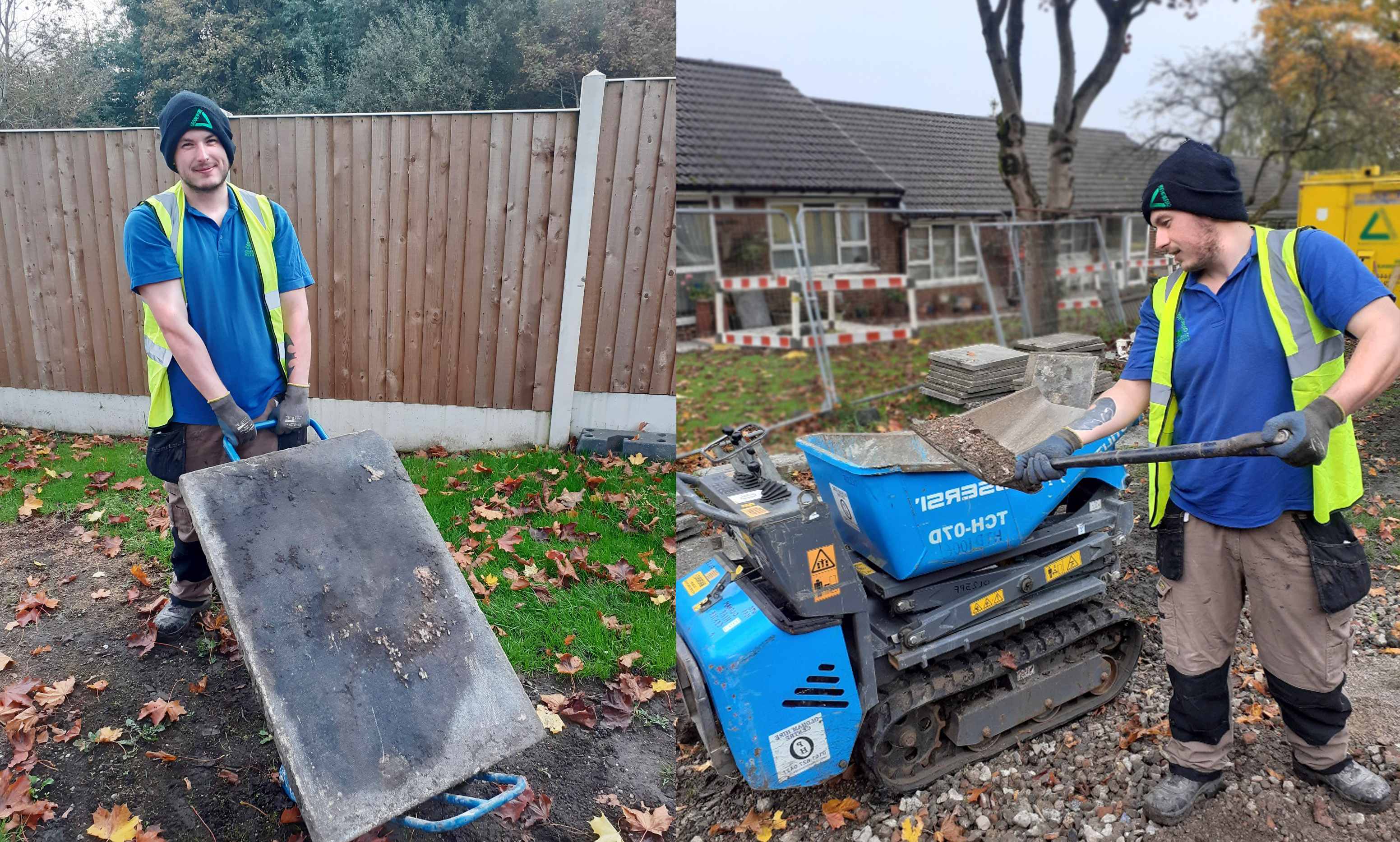 Chris has become an essential part of Groundwork’s Green Team