The Portobello Four Shops project aimed to transform the central open space of Portobello Estate from a run-down area famous for youth nuisance in to a high quality oasis that residents can be proud of, want to look after and which encourages a sense of self-worth and aspiration that things can improve. Aspects of road safety and traffic management have also been improved.

The scheme was based on long term consultation and engagement processes including specific youth engagement.  The scheme is next to the community run Rainbow Café which has been refurbished in recent years and worked as a great location for community activity regarding the project.

The ‘Turning the Corner’ Groundwork project has had significant impact in engaging the group of young people that hang around the shops.  The community engagement team at Groundwork have worked for years in keeping the estate engaged and informed and have linked in to the Soul Portobello event as part of this process. The Soul Portobello event happens on the site every year and has been useful for focusing thoughts and activities to do with the development of the project. 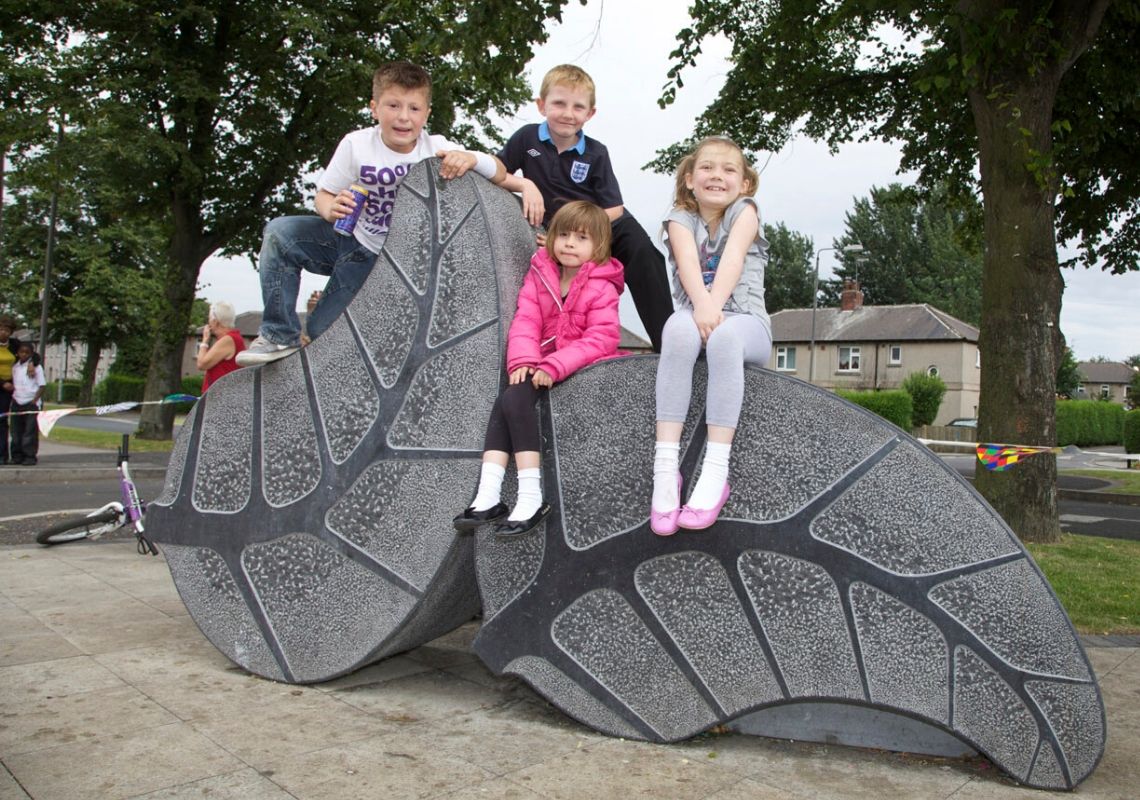 The design of the green spaces has been kept simple but crisp with some soft lines in the paving and paths.  There has been some limited provision for better parking making access to the shops less difficult for cars and pedestrians. The shop fronts had two large areas of unsightly rough render that was often graffitied.

It was decided that for the scheme to work these two frontages needed to be transformed.  Clearly there was an opportunity for community engagement through art works for these areas.  There was also the need to create features that would pull the youths away from the shop doors.  The most durable option for such artwork was felt to be stone work.

The community interviewed the artists and were involved in brief development.  The artist ran workshops with the community both on the design, in making mock ups and in doing the carving.  Many of the discussions at this design stage were directly with the youth and have been critical to the project’s success.

The stone work frieze has had no incidence of graffiti, something most residents did not believe was possible. The youths and many residents are repeatedly reported as being protective of the area and have adopted the art work as very much belonging to the people of Portobello and something to be proud of.

One of the reasons the mural’s not been touched is because they (Bella crew/young people) have been involved and their Bella 4 life stone is in there.  I can see the mural from my front window and watch them touch / high 5 the stone on an evening as the pass it on the way to the shop.  It looks really good and has made a huge difference to the 4 shops.