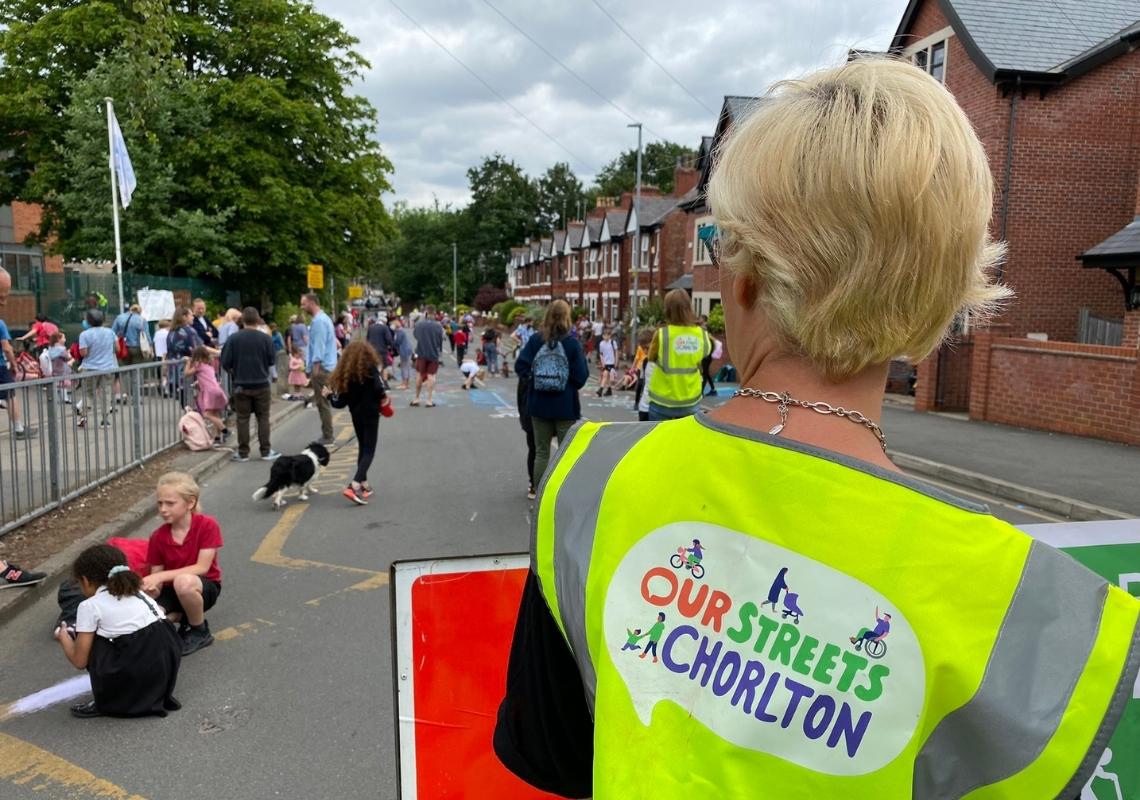 As part of The National Lottery’s Climate Action Fund; supporting communities across the UK to take action on climate change, the Our Streets Chorlton project focused on supporting residents to create ways to drive less locally.

The project centred around understanding the current relationship with members of society and their cycling and walking habits.

The project was brought together by several key partners across the region including Groundwork GM, WalkRide GM, Sustrans, Open Data Manchester, Amity and The Tyndall Centre (University of Manchester).

Groundwork’s role as a lead partner, alongside WalkRideGM, was to drive the vision of the community, keeping them at the heart of the project from start to finish. The Our Streets Chorlton team helped local residents to develop a clear vision of how the community could look if they redesigned their streets for the benefit of people and the planet.
The project included:

In 2021 the Our Streets Chorlton team worked with residents, Manchester City Council and the Highways Department to trial two three full day ‘Open Streets’ – where people were prioritised over cars.

Access was permitted to residents on both streets; driving was permitted at a walking pace and diversion routes were chosen to divert traffic back onto bigger capacity roads. Residents were encourage to choose walking and cycling during the closure as well as attend a range of events and activities from lightening talks to children’s play events.

“We wanted to make it easier for people to come out on the street because families were saying that their children couldn’t usually go out to play anywhere. During the open street, local children who had previously never played with each other could be seen having a great time using their bikes on the road and neighbours who didn’t know each other were out chatting. I think that some parents even struggled to get their kids back in the house at the end of the day!” 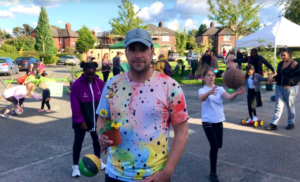 “The social aspect was huge – it got people out chatting with one another. The road was much quieter throughout the day. People normally use our road a lot because there are no speed bumps, unlike parallel roads. It feels like people are becoming proud of where they live and are taking ownership of it. Everyone seems to want to improve the street as a whole.”

“There were a good range of things for people to do and people had a go at them all! The organisation was really good, and it was clear that the staff had worked hard to make the open street work, which people can sometimes overlook. When I spoke to residents, they seemed keen to have something like that in the longer term. I would do it over a wider area, but I understand the difficulty in that. I would have liked to get more local groups and organisations involved by working with them in advance.”

“The timing of activities was good because it captured people coming home from school and the whole thing had a really good buzz about it. There was something for everybody to do and it gave a glimpse into what life would be like without cars speeding along the road. I think the three days worked well in allowing people to see that impact.” 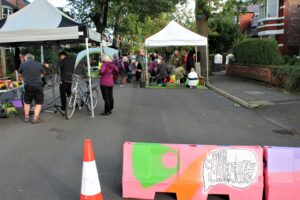 Westfield Road resident, Nick Dixon expressed his positivity around the project and said:

“Having a big focus on the environment and traffic helped to give it a real purpose. We learnt a lot from the lightning talks that were put on because it gave us information and the strength to know what to do with it. Often, people feel powerless, but we felt like we were part of a movement and not just an individual worrying about how to tackle climate change on their own.”

Councillor Eve Holt, who was involved in the project right from its beginnings, said:

“I grew up on these streets so I have a real sense of care and connection to them that I learned to walk and ride by bike on. In Greater Manchester, 30% of all car journeys are less than a 1km, and a lot of these are in places like Chorlton. We have some of the highest emissions, so we have the responsibility to do more here and you have to take people with you on that journey by finding ways to engage people so they feel like they can take action. People need to know that governments, councils and councillors are all playing a role, and then understand what role they can also play on their streets to address the climate emergency. My aspiration is that more people feel like they can make change locally and that they feel better connected and hopeful about what is happening as a whole.”

Since the Open Street, residents on Westfield Road have been keeping in touch with one another on WhatsApp messenger and are actively planning to reduce emissions on their street, for example by retrofitting and installing solar panels.

“We feel like we’ve got the weight of voices behind us now and the open street definitely gave us all some direction. It was well-attended and everyone enjoyed the refreshments especially – having somewhere to grab coffee gave us a central focus point.”

Both Nick and Karen agreed that the Open Street might have run more smoothly on a warmer evening and are therefore hoping for something similar next spring, but aren’t ruling out a special Christmas version to bring their neighbourhood together in festivity.

Chorlton has 7 primary schools and 4 secondary schools across the area, with a wide catchment area, bringing in pupils and families from a large section of the south Manchester community. The School Streets project focused on reducing driving and increasing walking and cycling on the school run.

Working with teachers at each school, we identified key individuals who would be happy to become a School Champion. We then rolled with the idea of a ‘School Champions Network’ meaning that parents and guardians from different schools were sharing ideas and discussions on how to develop their School Street projects.

As result of the project:

A parklet is a reclaimed parking space where local people can rest, relax and re-wild their spaces. Our Streets Chorlton’s Parklet of Possibilities was created to act as a low-cost, informal and safely designed space for people to use with ease and be accessible to all.

Working with Beech Road traders, Our Streets Chorlton installed a temporary parklet in November 2021 that focused on reprioritising people over cars. Space for children to play and interact at street level has repeatedly been identified by traders, residents and local schools during various conversations and workshops therefore Groundwork’s Landscape Architects designed the parklet; repurposing two concrete car parks and return them to the community for nature and play. 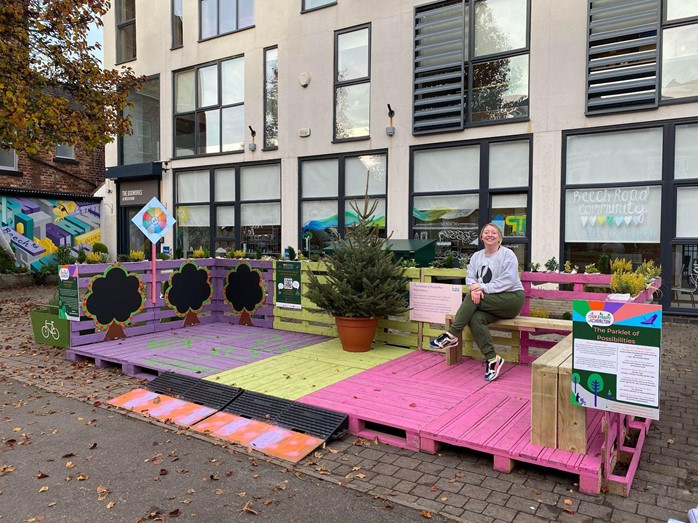 “We give a lot of space over to car parking don’t we? It’s really nice to be thinking of other ways we can use the space!”

The first phase of work delivered  through the Climate Action Fund has now come to an end and we are consolidating and curating the learning that has come out the work and developing a series of shared recommendations, which we will share before the summer.

Meantime, partners are leaving equipment in the community for residents to use in their own projects, including telraam cameras and school streets kit and they continue to:

After a period of consolidation, reflection and rest, partners will reconvene in September 2022 to explore the next phase of our work as a partnership, including identifying funding opportunities.